10 biggest corporations make more money than most of world combined 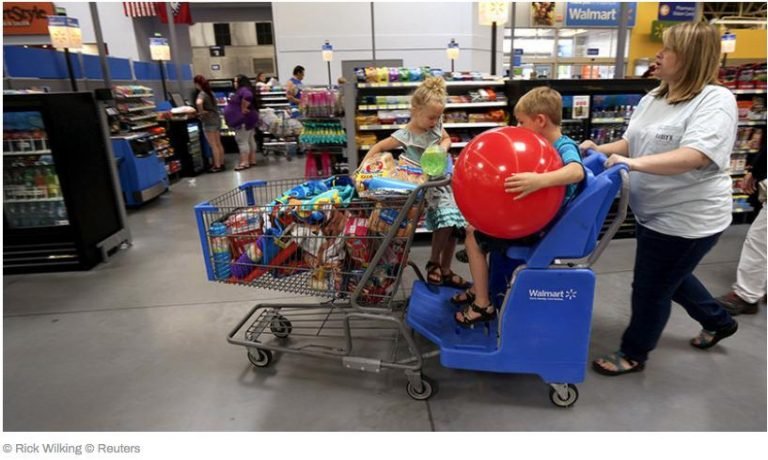 Time to seize all their belonging and end wild capitalism!

The world’s top ten corporations, including Apple, Shell and Walmart, have a combined revenue that is greater than the combined income of the 180 “poorest” countries out of the world’s total 195 sovereign states.
The figures, which reveal that Walmart, Apple and Shell alone are now richer than Russia, Belgium and Sweden, were released by the campaign group Global Justice Now.

Sixty-nine of the world’s 100 top economic entities are now corporations instead of countries – a rise from last year’s staggering figure of 63. Out of the top 200 entities in the world, a whopping 153 were found to be corporations.

The US, China, Germany, Japan, France and the UK comprise the top six economic entities followed by Italy, Brazil and Canada.

“The vast wealth and power of corporations is at the heart of so many of the world’s problems – like inequality and climate change,” said Nick Dearden, director of Global Justice Now.

“The drive for short-term profits today seems to trump basic human rights for millions of people on the planet. These figures show the problem is getting worse,” he added.

The London-based campaign group released the figures in an effort to put increased pressure on the British government ahead of their working group with the UN.

The meeting, led by Ecuador, was established with the aim of working towards a binding treaty that would ensure “transnational corporations abide by the full range of human rights responsibilities”.

“The UK government has facilitated this rise in corporate power – through tax structures, trade deals and even aid programmes that help big business,” said Dearden.

“Their wholehearted support for the US-EU trade deal TTIP, is just the latest example of government help to big business. Disgracefully it also routinely opposes the call of developing countries to hold corporations to account for their human rights impacts at the UN.”