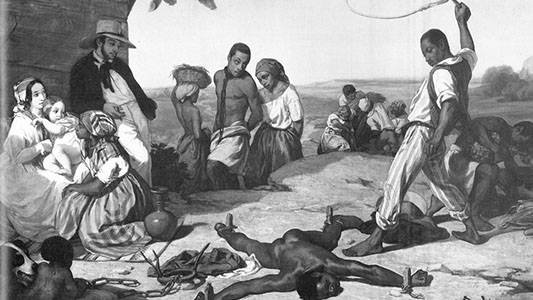 As I said so many times, except the description of creation of life by Elohim, 90 % of the Bible (and all other old religious books) contain more than 90 % of stupid things added by political and religious powers in order to increase their domination.

When conservative Christians claim that the Bible God condones torture, they’re not making it up. A close look at the good book reveals why so many Christians past and present have adopted an Iron Age attitude toward brutality.

The first half of December 2014 was painful to many moderate American Christians who see their God as a God of love: A Senate inquiry revealed that the CIA tortured men, some innocent, to the point of unconsciousness and even death. As is common, evidence suggested that this torture extracted no lifesaving information. And yet, a majority of Americans responded by giving torture the thumbs up, with the strongest approval coming from Christians, both Catholic and Protestant. Faced with moral outrage, including from within their own ranks, Christian torture apologists took to the airwaves and internet, weaving righteous justifications for the practice of inflicting pain on incapacitated enemies.