‘400,000 deaths in Syria civil war directly attributed to US & allies’ 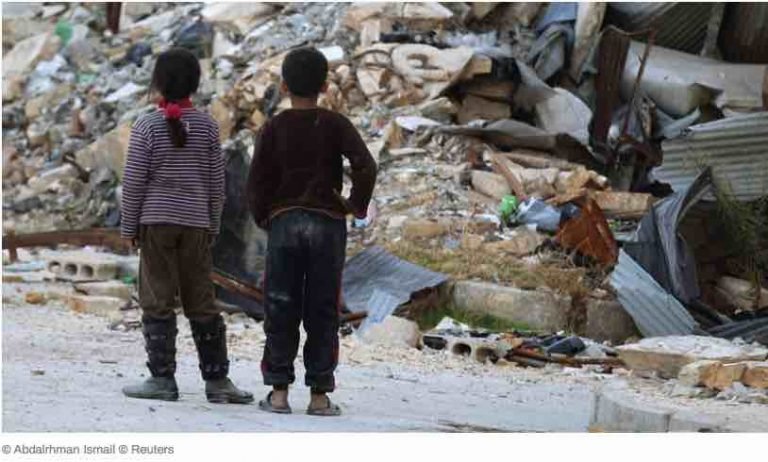 African and Asian leaders are denied by the West to have any military means against an insurgency in their countries, while the US and its allies have absolute impunity when they want to take on a population anywhere in the world, says political analyst Dan Glazebrook.

The US-led coalition against Islamic State has confirmed another 61 civilian deaths are likely to have been caused by its air and artillery strikes in Iraq and Syria. That brings the total number of civilians it has acknowledged killing since the conflict began to 685.

Dan Glazebrook: I think it’s also likely to be a gross underestimate because we found out in 2012, for example, that all military-age males killed in US airstrikes are not classified by the US military as civilians, they’re automatically excluded from those statistics. So if I was walking down the street in Iraq, unarmed, and I was directly and intentionally blown to pieces by a US airstrike, that would not be recorded as a civilian death. Now, I don’t know if they still use this criterion currently, but what we certainly do know is that the monitoring group Airwars suggested almost 1,500 people may have been killed in US coalition bombings in Iraq and Syria in March of this year alone, including the terrible strike on a residential block in Mosul that is thought to have killed around 200 people. So these statistics are certainly likely to be a gross underestimate.

There are a couple of other points I’d like to make about this as well. This narrow focus on civilians we must recognize is deeply ideological because it serves to whitewash the true scale of the slaughter taking place in Iraq and Syria right now. Why should a 16-year-old boy, pressed into service by ISIS and then blown to pieces by the US before even firing a shot, why should his life be considered so unworthy, so meaningless, as not to be recorded in any kind of statistic because he’s, “not a civilian”? This use of the term and focus on civilians is actually a means of placing all soldiers, all militants, in the same category of subhuman and implies they deserve to be killed. More than that, not only do they deserve to be killed, but their lives are so meaningless and unworthy, they don’t even deserve to be recognized in any kind of balance sheet as to the costs of this war.

And a third point I’d like to make is that in 2011, Syria was at peace until, in that year, the US, Britain, and France sponsored a violent sectarian insurgency, an insurgency in Syria that eventually morphed into ISIS and spilled over into Iraq. So I would actually go further than this and I would attribute all 400,000 deaths in the Syrian civil war directly to the US, France, Britain and their allies.

RT:What would you make of comments made by US Defense Secretary James Mattis that Americans are the good guys and locals know the difference. Is there a difference between good bombs and bad bombs?

DG: No, of course, there isn’t, and what’s absolutely clear is their recklessness, which was actually bad enough under Obama but has increased under Trump. The recklessness with which the US is pursuing its foreign policy goals – and Britain and its allies in the coalition, I should add – have got complete impunity and complete disregard for the lives of those living in places like Mosul and Raqqa and it really shows the racism which is inherent in what’s going on here. Leaders of African and Asian states are denied by the West to have any kind of military means against an insurgency that happens within their borders. And yet when the US and its allies decide they want to take on a population anywhere in the world, they have absolute impunity to do so. So in 2011 Gaddafi was trying to put down a proto-ISIS rebellion in Benghazi and was labeled by the West as a bloody genocidal dictator and so on and was eventually subjected to torture and lynching by those states. When the US decides it wants to carpet-bomb Mosul or Raqqa thousands of miles from its shores, it can do so with complete recklessness and impunity and disregard for the populations living there.