A woman to support 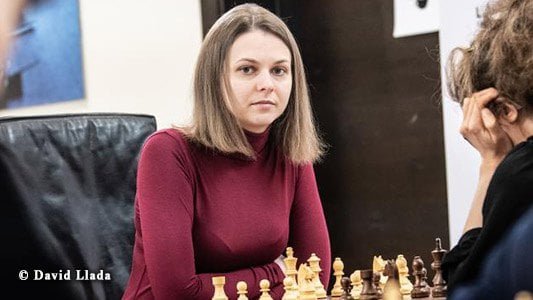 A woman to support !

A slap in the face of Saudi Arabia demanding respect without respecting the Western way of life of the World Chess Champion, Anna Mozitsuk! Her statement that she will not participate in the Saudi World Chess Championship is in response to Ryant to let him know that not everything can be bought with money.

Anna’s statement:
In a few days I am going to lose two World Champion titles – one by one. Just because I decided not to go to Saudi Arabia. Not to play by someone’s rules, not to wear abaya, not to be accompanied getting outside, and altogether not to feel myself a secondary creature. Exactly one year ago I won these two titles and was about the happiest person in the chess world but this time I feel really bad. I am ready to stand for my principles and skip the event, where in five days I was expected to earn more than I do in a dozen of events combined. All that is annoying, but the most upsetting thing is that almost nobody really cares. That is a really bitter feeling, still not the one to change my opinion and my principles. The same goes for my sister Mariya – and I am really happy that we share this point of view. And yes, for those few who care – we’ll be back!