Activist banned from G20 area was aiming to confront Obama over Assange, Manning 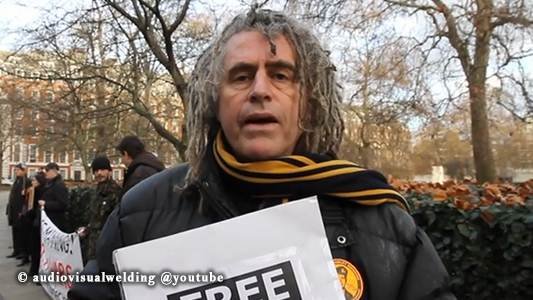 This is a very revealing example of what democracy and freedom looks like in western countries.

An activist with a history of confronting Western leaders, from Thatcher to George W. Bush, has been banned “without explanation” from the G20 summit, where he hoped to ask Obama to pardon the jailed Chelsea Manning and stop persecuting Julian Assange.

“I know Julian’s dad and Chelsea’s mother, so it’s quite a personal connection I have with them really, so I feel obliged to do some kind of action while I’m here in Brisbane and the guy holding the keys to their bondage is in town,” catholic activist Ciaron O’Reilly told Guardian Australia.

O’Reilly is one of four people who are barred from the G20 restricted zones.

On Thursday, he was out on the streets of Brisbane, holding a banner with Assange’s face on it, calling to free the whistleblower.