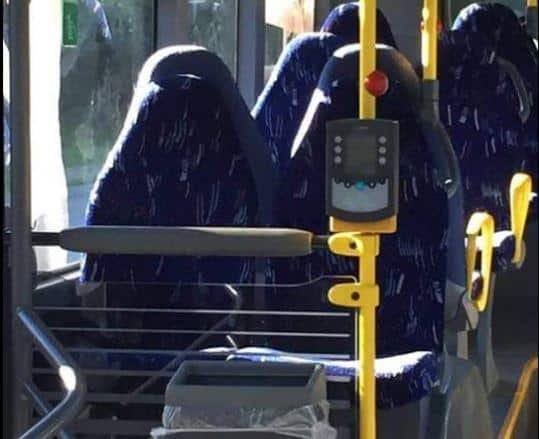 Last week, a photograph that appeared to show six women wearing burqas on a bus sparked a heated debate in a private Facebook group for Norwegians critical of immigration.

For many members of the group, which is called “Fedrelandet viktigst” or “Fatherland first,” the image encapsulated the problems Norway was facing after an influx of Muslim immigrants in the past few years.

It also played into a continent-wide debate about Islamic dress across Europe. Norway’s right-wing government recently proposed a law that would ban some forms of dress worn by Muslim women in schools and universities — the first Scandinavian country to do so.

The burqa, a long, loose veil worn by some Muslims in Afghanistan and other parts of South Asia, would be restricted under the law, as would the face-covering niqab more commonly worn in Arab countries. Masks and other items of clothing that cover the face would also be restricted.

Some group members took the picture — posted with the comment, “what do people think of this?” — as proof that a ban was needed. More than 100 soon commented on it. “It looks really scary, should be banned. You can never know who is under there. Could be terrorists with weapons,” one user wrote, according to a translation from the Local website. Others described it as “frightening” and “tragic.”

However, when you look at the photograph above more closely, it may become apparent that the photo itself is irrelevant to any debate about Islam in Norway. Why? Well, those are not burqas. They’re bus seats.

Johan Slattavik, the user who initially posted the photographs to Fedrelandet viktigst, told WorldViews in a Facebook message that he had been bored one night so he decided to play “a little practical joke.” Slattavik said he was curious to see how people would react. “I laid out the photo to see what happened,” he said, adding that he was shocked so many people fell for it.

“I ended up having a good laugh,” Slattavik said.

The strange situation went viral in Norway on Friday, when another Facebook user named Sindre Beyer posted images of the exchange to his own Facebook page. “What happens when a photo of some empty bus seats is posted to a disgusting Facebook group and nearly everyone thinks they see a bunch of burqas?” Beyer wrote, along with two embarrassed emoticons.

Beyer’s images of the “Fedrelandet viktigst” Facebook were widely shared, attracting more than 1,600 shares and almost 3,000 likes. Many mocked the anti-immigrant tone of the original comments. “Then it is proven: The meanest are also the stupidest,” wrote one. Another offered their own interpretation of the image: “Think I passed the test, since the first thing I saw was a bunch of Darth Vaders.”

Beyer told Norwegian news outlet Nettavisen that he had shared it so “people could see what’s happening in the dark corners” of the Internet.

The mockery has resulted in some angry reactions, Slattavik said, but he did not take them seriously. “I would say that has also been educational,” he said. “I have thought about the differences between legitimate criticism of immigration to Europe and blind racism and xenophobia. I wanted to look into these differences: something I think I have achieved by setting up this practical joke and watching the reactions.”

Norway is one of a number of countries in Europe that has proposed laws that restrict the wearing of burqas and niqabs, but these restrictions have faced criticism from those who say they further isolate Muslim immigrants. After Germany proposed a ban on full-face veils last year, some German journalists argued that burqas and niqabs were worn by only a tiny fraction of Muslims in the country.