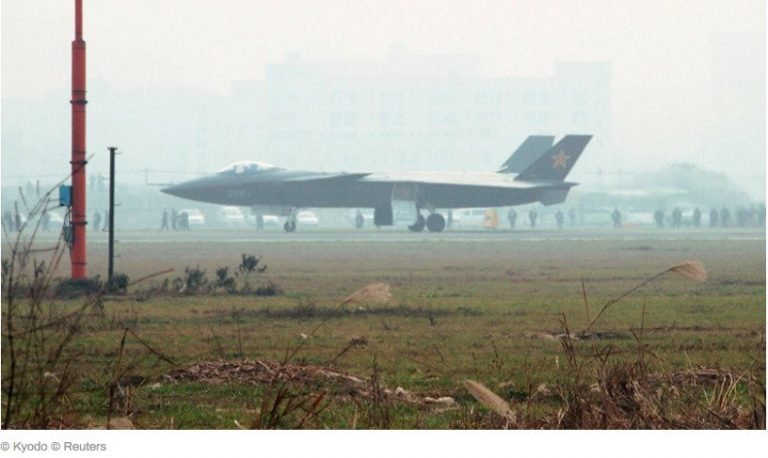 US supremacy is finished!

The new J-20 stealth fighter jet will be the main attraction of the upcoming Zhuhai airshow, alongside with several new aircraft to join the Chinese air force, which has been very active recently as US military presence in the region grows.

The production of the J-20 is going on according to the plan and it will enter service “in the near future,” helping to “safeguard sovereignty and national security,” according to PLAAF spokesman Shen Jinke.

Three JF-17 Thunders from the Pakistani Air Force will also take part in the airshow, the spokesman said. The jet was developed jointly by China and Pakistan, and its Chinese designation is Chengdu FC-1 Xiaolong.

China considers the J-20 to be what is known in the West as a “fifth-generation” jet fighter. The US is currently the only country with fifth-generation jets in combat service, namely the F-22 and the F-35. Russia, China and Japan have flyable prototypes of fifth-gens, and several more countries worldwide are developing such military aircraft. Beijing showed off another fifth-gen prototype, the Shenyang J-31, at the previous 2014 Zhuhai airshow.

The new Xian Y-20 military transport aircraft, which was introduced in July, will also perform a demonstration flight at the airshow.

The Shaanxi KJ-500 Airborne Early Warning (AEW) aircraft, the Chengdu J-10B multirole fighter, and the Xi’an H-6K strategic bomber will be on display at the exhibition. Several unmanned aerial vehicles will also be featured at the upcoming airshow, including the CH-5 Medium-Altitude Long Endurance (MALE) drone. Unveiled in August 2015, the drone weights 3.3 tons, has an impressive payload capability of one ton and the endurance period of up to 40 hours.

China sees air superiority as one of the key means to strengthen its presence in the East Asia region. Beijing has been showing quite a bit of muscle lately, dispatching one of its largest air fleets near Okinawa in September. Analysts believed this saber-rattling to be aimed at Japan, which vowed to beef up military presence in the disputed South China Sea.

China has announced massive military drills in the area, less than a week after an American destroyer the USS Decatur sailed through the troubled waters in during a “freedom of navigation” patrol. Beijing has called the mission of the destroyer “illegal” and “provocative,” and swiftly prompted to project the force.

The contested waters are centered on the Spratly Islands, which are comprised of more than 750 islets and reefs off the coastlines of China, Vietnam, the Philippines, Malaysia, Brunei and Taiwan. All of the countries consider the archipelago their territory, in whole or in part.

Chinese military presence on the archipelago is concentrated around Woody Island, where a runway and arsenal of surface-to-air missiles are maintained. Beijing continues to claim the reefs in defiance of a United Nations court of arbitration verdict this summer.