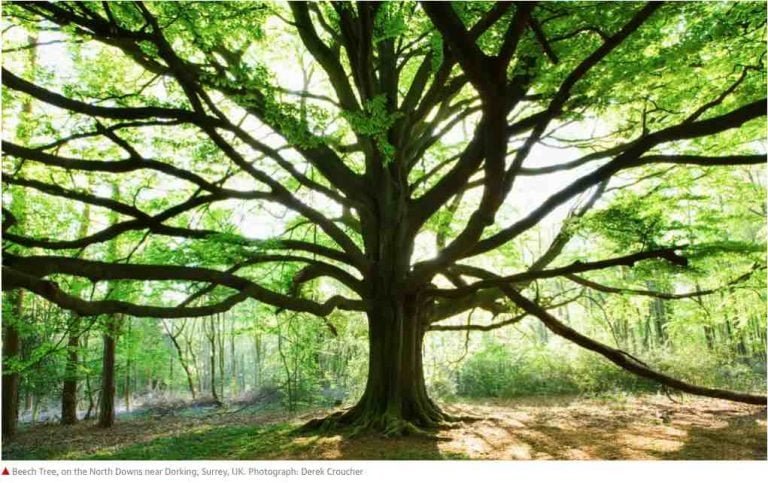 Yes! Plants are also sentient beings. Think about it vegetarians when you eat your carrots or salads feeling good and more “human” by pretending not to kill sentient beings …

A new book, Brilliant Green, argues that not only are plants intelligent and sentient, but that we should consider their rights, especially in the midst of the Sixth Mass Extinction

Plants are intelligent. Plants deserve rights. Plants are like the Internet – or more accurately the Internet is like plants. To most of us these statements may sound, at best, insupportable or, at worst, crazy. But a new book, Brilliant Green: the Surprising History and Science of Plant Intelligence, by plant neurobiologist (yes, plant neurobiologist), Stefano Mancuso and journalist, Alessandra Viola, makes a compelling and fascinating case not only for plant sentience and smarts, but also plant rights.

For centuries Western philosophy and science largely viewed animals as unthinking automatons, simple slaves to instinct. But research in recent decades has shattered that view. We now know that not only are chimpanzees, dolphins and elephants thinking, feeling and personality-driven beings, but many others are as well. Octopuses can use tools, whales sing, bees can count, crows demonstrate complex reasoning, paper wasps can recognise faces and fish can differentiate types of music. All these examples have one thing in common: they are animals with brains. But plants don’t have a brain. How can they solve problems, act intelligently or respond to stimuli without a brain?

“Today’s view of intelligence – as the product of brain in the same way that urine is of the kidneys – is a huge oversimplification. A brain without a body produces the same amount of intelligence of the nut that it resembles,” said Mancuso, who as well as co-writing Brilliant Green, is the director of the International Laboratory of Plant Neurobiology in Florence.

As radical as Mancuso’s ideas may seem, he’s actually in good company. Charles Darwin, who studied plants meticulously for decades, was one of the first scientists to break from the crowd and recognise that plants move and respond to sensation – i.e., are sentient. Moreover, Darwin – who studied plants meticulously for most of his life, observed that the radicle – the root tip – “acts like the brain of one of the lower animals.”

Plant problem solvers
Plants face many of the same problems as animals, though they differ significantly in their approach. Plants have to find energy, reproduce and stave off predators. To do these things, Mancuso argues, plants have developed smarts and sentience.

“Intelligence is the ability to solve problems and plants are amazingly good in solving their problems,” Mancuso noted.