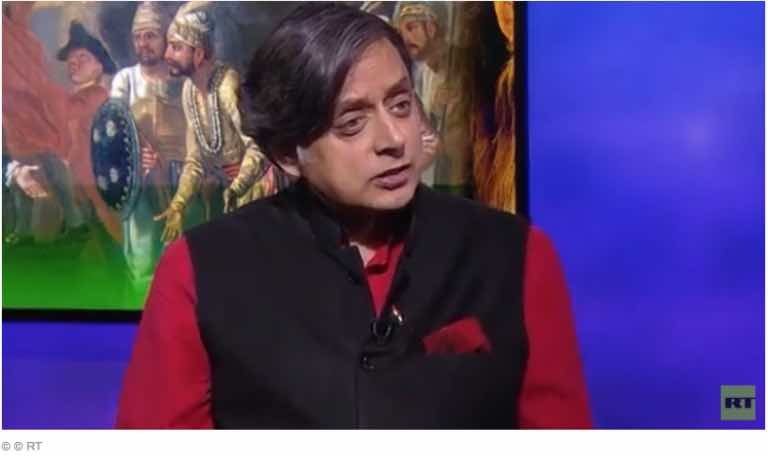 He is absolutely right, and so does France for most African colonies, I don’t say ex on purpose as they still are de facto colonies, as long as they pay a colonial tax and use the CFA franc, printed in France, as currency.

Britain suffers from “historical amnesia” over the atrocities and plunder of its former empire, Indian MP and author Dr Shashi Tharoor told RT.

In his new book ‘Inglorious Empire: What the British did to India,’ Tharoor argues the real story of the empire was one of theft, murder, and expropriation of wealth. He says the modernizing developments cited by “empire apologists” were built for the primary benefit of British occupiers.

Speaking to RT’s Going Underground, Tharoor said: “India was one of the most prosperous countries in the world. In 1700, it was the richest country in the world – with 27 percent of global GDP when Britain had 1.8 percent.

“In 200 years of British rule, plunder… it was reduced to one of the poorest countries in the world.”

Tharoor, added: “When English people cynically say ‘it’s not our fault that you missed the bus for the industrial revolution’ my answer is ‘we missed the bus because you threw us under its wheels.’

“Why this historical amnesia? Why the desire to brush these things under the carpet? It’s often more convenient not to remember atrocities.

“The Germans went through a similar period of trying to brush everything under the carpet immediately after the Second World War.”

The Foreign Office responded to Tharoor’s comments, saying: “As two modern democracies, UK and India have a long standing friendship and work very closely together to promote our shared prosperity and global security.

“Our friendship is characterized by extensive political engagement and deep economic co-operation.”