Canadian fined Can$26,500 for flying balloon-powered lawn chair over city 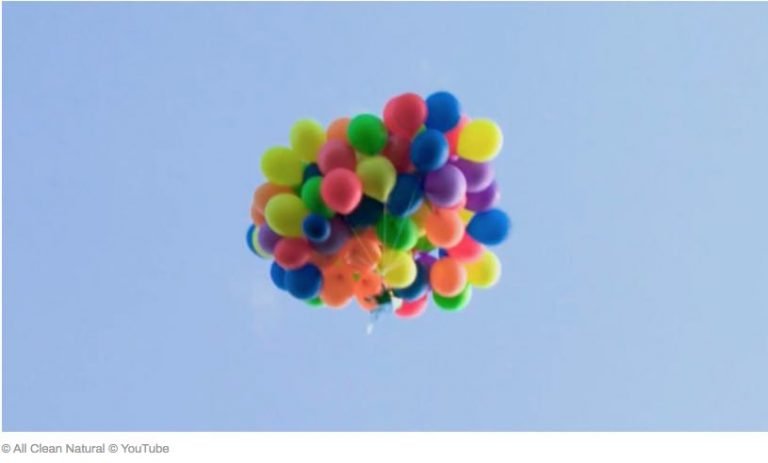 Wonderful! Be as crazy as you can! It’s worth the fine!

A man who strapped 120 helium balloons onto a lawn chair and flew over the Canadian city of Calgary as part of a stunt to promote his cleaning products business has been fined Can$26,500 (US$19,820) for the bizarre feat.

In July 2015, Daniel Boria attached an estimated Can$13,000 worth of industrial balloons to a lawn chair and took to the skies. His plan was to pass over the grounds of the Calgary Stampede as hundreds of thousands of people attended the annual event.

Boria reached an incredible estimated height of 14,000 feet during the stunt, but was forced to bail out of the chair early due to strong winds, parachuting back to terra firma.

While Boria was in the air, 24 planes took off and landed in Calgary, CBC report. After his exploit, Boria boasted of seeing a plane fly beneath him as he soared in the chair.

He was labelled “the balloonatic” in the aftermath of the stunt, and last December pleaded guilty to dangerous operation of an aircraft. Video footage shows Boria, now 27, taking flight at alarming speed.

“The chair was shaking, and I was looking down at my feet dangling through the clouds at a 747 flight taking off,” he told CBC after the stunt in 2015. “I saw a WestJet flight go right below me at one point.”

Boria’s “aircraft” travelled into the flight paths of commercial airplanes and was spotted by an incoming plane and the air traffic control tower.

“The stunt was unconscionably stupid,” Judge Bruce Fraser said at the sentencing hearing on Friday. “There was nothing fantastic, fun or exhilarating about it as the offender was quoted describing it. It was dumb and dangerous.”

Speaking to reporters outside the court, Boria apologized for wasting people’s time, but described the flight as the most exhilarating experience he could ever imagine.

He did not express any regret for the incident, which cost him nearly Can$40,000: “I have the greatest story to tell for the rest of my life. I understood the risks but, if you do anything, you’re going to get in trouble. If you don’t do anything, you won’t be in trouble but you won’t get anywhere either.”

Amazingly, Boria’s website reveals that he has plans to repeat the stunt – but on this occasion, he wants to fly his chair all the way to space, 10 times higher than his first flight. He even produced a promotional video promising to attempt the trip in 2017.

“Mission to Space 2017 #theballoonguy is taking his balloon chair to new heights – all the way up into the stratosphere!” the video’s description reads. “All Clean Natural is attempting to break the world record for the highest-altitude free-fall jump and from 140,000ft… while in a lawn chair!”

The video says Boria will use a spacesuit, 500 balloons, and a lawn chair to fly to space. Whether his day in court will affect his plans is not yet known.

Boria isn’t the only person to attempt this real life version of the animated Pixar film Up. Also in 2015, skydiver Erik Roner flew 8,000 feet into the air while sitting on a lawn chair with 90 balloons attached. While airborne, Roner popped the balloons with a shotgun and skydived back down to earth.

Roner died later that year when he struck a tree during a skydiving performance in the opening ceremony of a celebrity golf tournament in Squaw Valley, California.