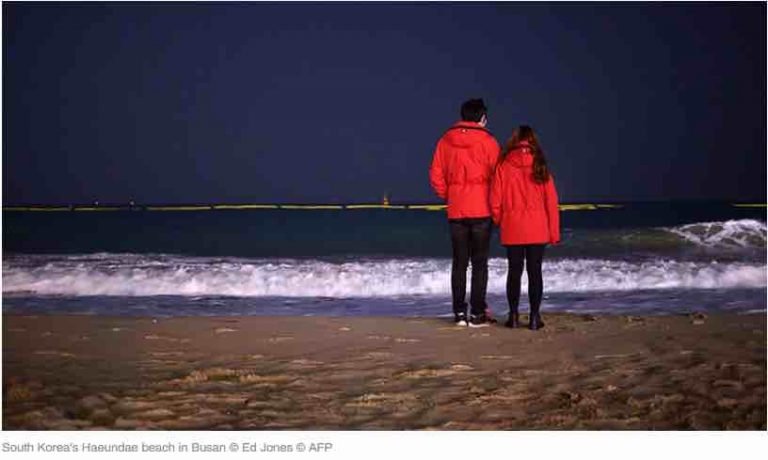 Excellent and peaceful economic sanction for harboring the huge US arsenal threatening both China and Russia under the disguise of being sent to protect South Korea from North Korea.

South Korean tourism has been severely hit by a Chinese boycott over the deployment of a controversial US-backed anti-missile system approved by Seoul.
In March, South Korea saw a 40 percent drop in Chinese visitors, according to the Korea Tourism Organization (KTO). Total visitor numbers last month fell more than 11 percent to 1.23 million year-on-year.

Bookings for stays by Chinese travelers are down 28 percent in the second quarter of the current year against a year earlier, according to the outlook by ForwardKeys, a provider of travel industry data.

Seoul insists THAAD is a deterrent to possible missile attacks from North Korea. However, Beijing repeatedly expressed concerns over the system, as its powerful radar may penetrate into Chinese territory.

Chinese tourists, who are seen as deep-pocketed spenders, accounted for 8 million of the nearly 17 million people that visited South Korea last year.

“There’s been a big reduction in the number of groups of Chinese tourists in Seoul since the THAAD missile crisis,” said Kil Ki-yon, director of Seoul Tiger Bus, a company that takes Chinese visitors on tours of the city, as quoted by CNN News.

South Korea could stand to lose $9.63 billion in tourism revenue, according to estimations.

The decline in visitors from China has also hit duty-free shops in South Korea, as the Chinese accounted for about 70 percent of their total sales, according a spokesman from Lotte Duty Free. Sales to Chinese customers have already dropped 40 percent year-on-year since mid-March.

South Korea has tried to attract more visitors from Japan and Southeast Asia to make up for the losses. However, growing regional tensions over North Korea have diminished a slight rise in the number of Japanese visitors.

“Japanese tourists are putting off their trips to this country, apparently because of overblown Japanese media reports about tensions on the Korean peninsula,” said a KTO official quoted by Yonhap news agency.