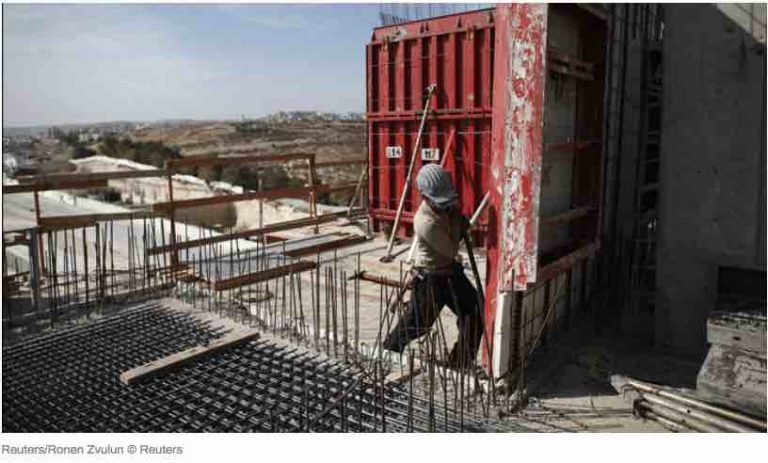 Israel’s talks on migrant workers with China are deadlocked due to Beijing refusing to allow its citizens to participate in the construction of settlements in the occupied West Bank, a high-ranked Israeli official told AFP.

“We are negotiating with China for an agreement on the arrival of thousands of additional workers,” an unnamed government official said.

According to the source, there are several stumbling blocks to the talks at the moment, including “the employment of these immigrants in settlements in Judea and Samaria [in the West Bank].”

“Beijing is demanding that we ensure there are no workers in this region,” he added.

The official claimed that China’s stance has nothing to do with calls for an economic and cultural boycott of Israel, which have been on the rise in recent weeks.

“It is more likely linked to Beijing’s diplomatic position that supports the creation of a Palestinian state and opposes Israel’s presence” in occupied Palestinian territories, he explained.

The international community deems illegal all Israeli settlements built on the land it seized from Palestine during the 1967 Six-Day War.

Israel plans to attract thousands of migrant workers to speed up construction in the West Bank and elsewhere across the country.

Despite it being an obstacle to the peaceful resolution of the Israeli-Palestinian conflict, Israeli Prime Minister Benjamin Netanyahu made the acceleration of the settlement program one of his key promises during his reelection campaign earlier this year.

Beijing’s stubbornness has shattered the Israeli government plans, which planned to increase the number of migrant workers to 8,000 by this time – and later to 15,000, according to Haaretz newspaper.

The newspaper wrote on Sunday that China was forbidding its builders to work in the West Bank “due to safety concerns rather than politics.”

Beijing and Tel Aviv have been negotiating a new labor agreement for the last 18 months as their previous deal, according to which the workers were hired directly by Israeli private companies through Chinese firms, led to numerous labor violations.

Chinese builders were unlawfully forced to pay commissions of up to $30,000 for an Israeli visa, already being in debt to their employees before even beginning to work, Hotline for Refugees and Migrants NGO revealed.

Under the currently negotiated deal, it’s the Israeli government that will be responsible for bringing foreigners into the country, Haaretz reported.

Besides China, Israel has agreements with Bulgaria, Moldova and Romania to supply construction workers, while Thailand and Sri Lanka provide the Jewish state with migrant farmhands.

Israel has been put under increased pressure in recent weeks at the Palestinian-led movement, Boycott, Divestment and Sanctions (BDS), has been gaining more and more international support.

Last week, Britain’s National Union of Students voted to boycott Israeli goods over its actions in the Palestinian territories, while French telecom giant Orange announced plans to withdraw its brand from Israel.

On May 29, Israel also narrowly escaped expulsion from world football’s governing body, FIFA, after the Palestinians withdrew a resolution demanding the Jewish state’s expulsion from the organization.