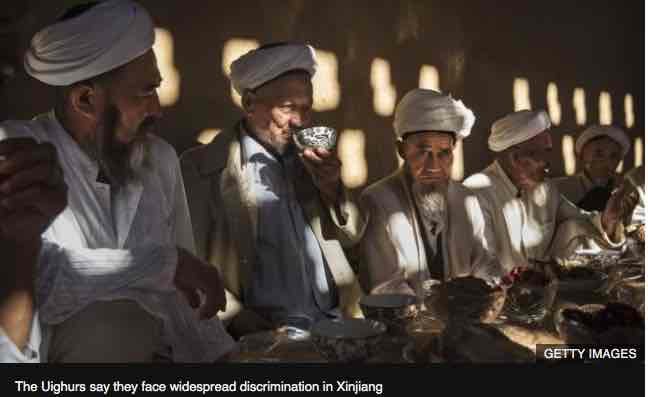 Are they crazy? Banning long beards in the country of Lao Tsu and Confucius, the two most revered philosophers, it’s so funny…

China has introduced new restrictions in the far western region of Xinjiang in what it describes as a campaign against Islamist extremism.

The measures include prohibiting “abnormally” long beards, the wearing of veils in public places and refusing to watch state television.

Xinjiang is the homeland of the Uighurs, a traditionally Muslim group who say they face discrimination.

Recent years have seen bloody clashes in the region.

The Chinese government blames the violence on Islamist militants and separatists.

But rights groups say the unrest is more a reaction to repressive policies, and argue that the new measures may end up pushing some Uighurs into extremism.

Though similar restrictions have already been in place in Xinjiang, they become legally sanctioned as of this weekend. Reuters news agency reports that the new laws also ban:

The rules also state that workers in public spaces, such as stations and airports, are now required to “dissuade” those who fully cover their bodies, including veiling their faces, from entering, and to report them to the police.

The restrictions were approved by Xinjiang lawmakers and published on the region’s official news website.

Chinese authorities had previously imposed other measures, including restrictions on granting passports to Uighurs.

Uighurs are ethnically Turkic Muslims
They make up about 45% of Xinjiang’s population; 40% are Han Chinese
China re-established control in 1949 after crushing the short-lived state of East Turkestan
Since then, there has been large-scale immigration of Han Chinese
Uighurs fear that their traditional culture will be eroded

Why is there tension between China and the Uighurs?