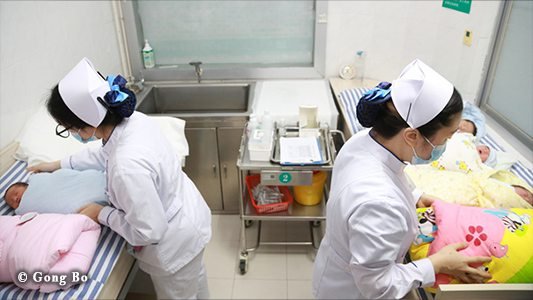 The Chinese are refusing to have children. Despite getting the green light from the Communist Party to have a third child, statistics show that fewer and fewer citizens are thinking about procreating. At this rate, China’s population will be 48% smaller by the end of the century, and even Nigeria will surpass it. RT consulted with experts to learn why this is happening and find out whether a lack of people could interfere with the ambitious plans of the world’s most populous country.

China’s birth rate has fallen below the level of the Great Famine during Mao Zedong’s Great Leap Forward. Data from the PRC’s National Statistics Bureau indicate that only 10.62 million Chinese were born in 2021. With a population of 1.4 billion people, the country’s average birth rate of 7.52 per 1,000 people could be called shockingly low.

At the same time, the mortality rate in China has remained slightly lower than its birth rate, amounting to 10.1 million people in 2021. So, China’s population is still growing, but the trend over the last five years speaks for itself. For example, in 2020, Chinese mothers gave birth to 12 million children, as opposed to 14.65 million in 2019. Most likely, the population of the People’s Republic of China will already see a decline in 2022.