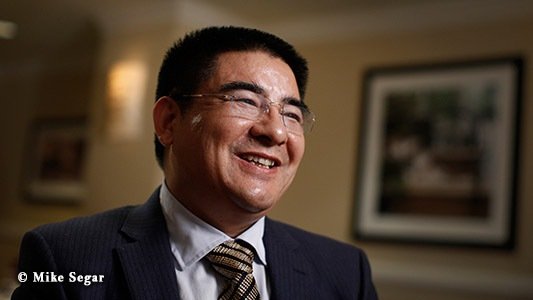 Beautiful….. and funny: not so long ago, it was American who were feeding poor Chinese… A symbol of the American decline, and it’s only the beginning…

AChina’s recycling tycoon Chen Guangbiao placed ads in the US media inviting one thousand poor Americans for a dinner worth $1 million in New York on June 25. The philanthropist also said that he will give out US$300 to each guest after the meal.

The ad in Chinese and English, designed by Chen himself, said that the event will be held on June 25 at the Loeb Boathouse Central Park in New York..