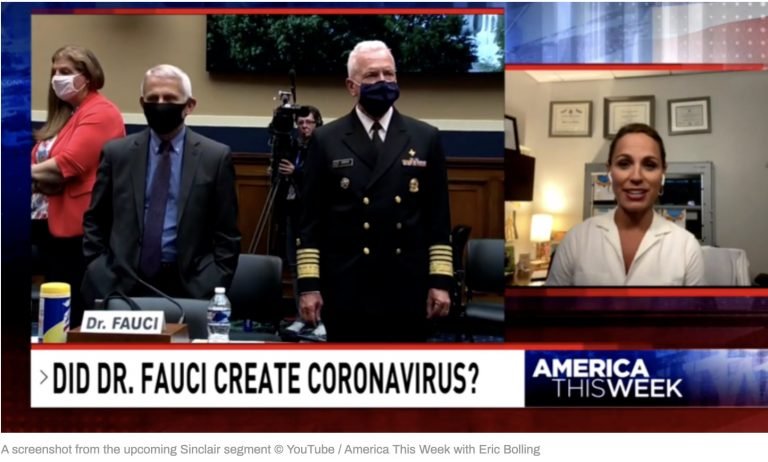 Who owns CNN? Another example of the 0.001% trying to control the world of slaves.

CNN has whipped up an army of outraged Twitter liberals after it slammed a network of local news stations for airing an interview with a disgraced scientist who blamed Dr Anthony Fauci for the coronavirus.

Dr Judy Mikovits is the star of ‘Plandemic,’ a conspiracy documentary claiming that Covid-19 is a ploy by National Institute of Allergy and Infectious Diseases head Dr Anthony Fauci and Bill Gates to poison the masses with vaccines and get rich doing so. The film has been pulled from YouTube, censored in internet searches, and denounced by almost every single mainstream media outlet.

Mikovits, however, will appear on hundreds of local news outlets owned by the Sinclair Broadcast Group this weekend, during a segment of ‘America This Week’, hosted by Eric Bolling.

Her appearance alone rubbed CNN the wrong way. In an article slamming Sinclair for airing such a “baseless conspiracy theory,” CNN hammered Bolling for allowing Mikovits to “continue to make her case” without pushing back enough. CNN even texted both Bolling and Mikovits’ fellow guest Larry Klayman, a lawyer who backed up her claims, to ask them about the segment.

Taking a page from the Media Matters playbook, CNN asked Bolling if he had any “second thoughts” about airing the segment. Bolling simply replied “I don’t second guess my producers and bookers.”

Online, CNN’s liberal viewership clamored for a boycott of Sinclair. Some even demanded that anyone spreading such “dangerously false propaganda” be imprisoned.

CNN’s gripe with Bolling seemed to stem from the fact that he didn’t appropriately ridicule Mikovits. Bolling did call her claim “hefty,” and afterwards interviewed Dr Nicole Saphier, a medical contributor for Fox News. Both Bolling and Saphier agreed on air that it was “highly unlikely” that Dr Fauci created the coronavirus, calling the allegation a “conspiracy theory.”

Whatever its standing in the information war, CNN is losing the ratings war against Sinclair and its affiliates. Local broadcasters like the 294 owned or operated by Sinclair and its subsidiaries draw in five times as many primetime viewers as cable networks like CNN. Among these local broadcasters, Sinclair is king, reaching 40 percent of American households.