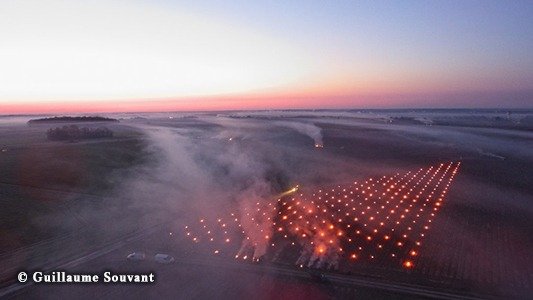 The night from Sunday to Monday recorded the coldest temperatures for the month of April since 1947, announced Monday morning Météo France, which specified that the latest measurements were being verified.

The lowest temperatures were recorded in Champagne, where they fell to -9 degrees Celsius, while the frost affected almost the entire country, with the exception of intramural Paris and the Mediterranean coasts and the English Channel.

“The frost affected more than 90% of the country and was more or less intense depending on the area,” Météo France forecaster Patrick Galois told AFP, “there was a rapid drop in temperatures during the night but it heats up quickly.”