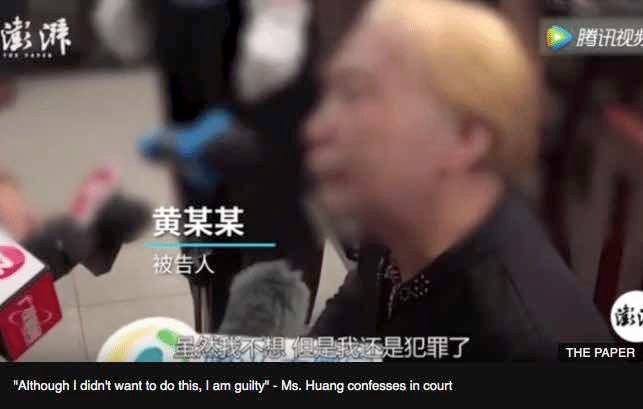 The case of an elderly woman found guilty of killing her disabled son has provoked an outpouring of compassion from Chinese social media users.

The 83-year-old, identified only as Ms Huang, was found guilty of the manslaughter of her disabled son, Li.

She fed her 46-year-old son about 60 sleeping pills on 9 May and strangled him with a silk scarf as she used cotton pads to cover his nose.

Huang was found guilty of manslaughter by the People’s Intermediate Court of Guangzhou and received a three-year suspended prison sentence.

She said she took her son’s life because she feared no one would care for him after she died.

Li was born prematurely with severe mental and physical disabilities that left him unable to walk or talk.

Prosecutors asked Huang why she could not have arranged for Li to have been cared for by his elder brother, but she said she was not prepared to burden him.

“It was my fault to give birth to him and make him suffer. I’d rather commit murder than leave him to someone else,” Huang told the court.

“[F]or the past two years my own health was too poor to take care of him any more,” the 83-year-old said.

“I’m getting older and weaker and might die before him,” she said. “The idea of killing him occurred to me a week before and I had been struggling.”

Head judge Wan Yunfeng said: “She deserves mercy even though she did break the law.”

Yuangungun DeXueqiu said: “In this country, a mental illness or disability can make an ordinary family’s lives disastrous. For such people, there is really not enough aid.”

The case has also reopened the debate around euthanasia in China. One Sina Weibo user said: “This happened because euthanasia has not been legalised.”

Some users disagreed with this statement, saying that “This has nothing to do with euthanasia, but with current social welfare issues.”

According to the China Disabled Persons’ Federation, there are 2.7m people with disabilities in the world’s most populous country.

However, there are only 6,740 registered disabled care support services, which can only provide some total care for about 204,000 people with any type of disability.

This means that the burden of care for disabled people in China often falls upon family members of people with disabilities. As one Weibo user put it: “The problem lies in social welfare and the [social] security system is far from perfect.”

Some users expressed their sorrow for the defendant. Some saw the incident as “inexplicably sad”, while one commenter said they felt “drowned in sorrow”.

There was also empathy for her plight, with one user saying: “No-one can understand this mother’s love. After all, she personally took care of him for 46 years.”