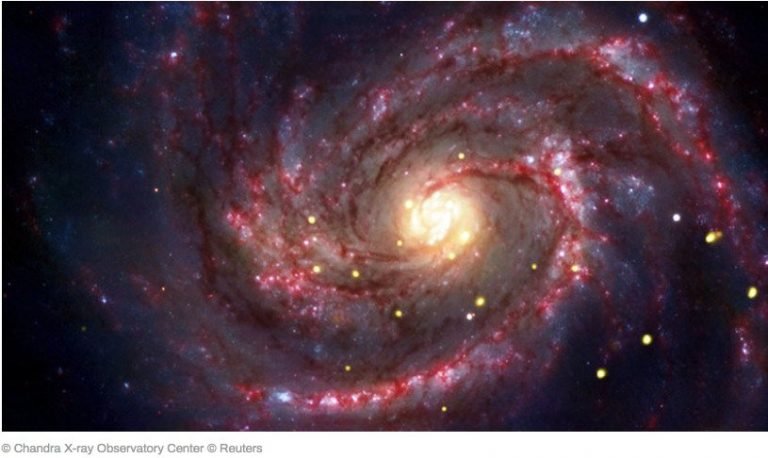 They are still too primitive to understand that the number of galaxies is infinite in an infinite universe.

Astronomers have long pondered how many galaxies might exist in the universe – and the answer appears to be a staggering two trillion. The figure, obtained from Hubble Telescope images, has shocked scientists who estimated the number to be at least 10 times smaller.

The finding wasn’t easy to come by. An international team of scientists examined deep space images taken by the Hubble from over the past 20 years, and converted them into 3D pictures. From there, they measured the number of galaxies at different times in the history of the universe, going back more than 13 billion years – near the time of the ‘Big Bang.’

The researchers, led by Christopher Conselice of the University of Nottingham, also used new mathematical models which allowed them to infer the existence of galaxies which telescopes cannot observe. The team’s findings are detailed in the Astrophysical Journal.

For the number of galaxies we now see and their numbers to add up, the researchers concluded that there must be a further 90 percent of galaxies in the observable universe that are too faint and too far away to be seen.

This amounts to there being, at a minimum, two trillion galaxies – at least 10 times more than scientists previously believed. Past observations had estimated the number to be around 100 billion.

“It boggles the mind that over 90 percent of the galaxies in the universe have yet to be studied. Who knows what interesting properties we will find when we discover these galaxies with future generations of telescopes? In the near future, the James Webb Space Telescope will be able to study these ultra-faint galaxies,” Conselice said in a statement.

The smaller galaxies, according to Conselice, merged into the larger galaxies which we can now observe. This means that when the universe was only a few billion years old, there were 10 times as many galaxies in a given volume of space as there are today.

This fact, according to Conselice, shows evidence of “galaxy evolution.”

“These results are powerful evidence that a significant galaxy evolution has taken place throughout the universe’s history, which dramatically reduced the number of galaxies through mergers between them – thus reducing their total number. This gives us a verification of the so-called top-down formation of structure in the universe,” explained Conselice.

The decreasing number of galaxies also contributes to the Olbers’ paradox, which begs the question “Why is the sky dark at night if the universe contains an infinity of stars?”

The researchers concluded that there is such an abundance of galaxies that every patch in the sky, in principle, contains part of a galaxy. However, starlight from the galaxies is invisible to the human eye and most modern telescopes, due to factors which reduce visible and ultraviolet light in the universe.