Cut the Americans off from space? Here’s how Russia might respond to new US sanctions 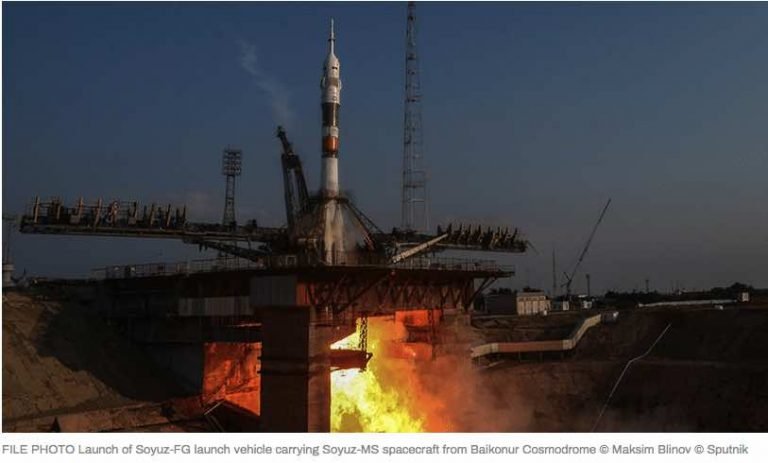 There is one area where the Kremlin can markedly damage Washington’s interests without much economic pain, and that’s in the realm of space. Because since the shuttle Atlantis staged its last flight, in 2011, NASA has been entirely reliant on Soyuz launchers to reach the cosmos. Should Putin decide to cancel agreements where Americans hitch a ride on Russian-led trips, for the first time in decades, US astronauts will be completely earthbound.

The new US sanctions on Russia have angered the Kremlin, especially after Donald Trump promised to repair relations. With the American president increasingly looking a busted flush, Moscow is likely to deliver a forceful response.

In the end, it didn’t take long. Just over six months after President Trump assumed office, the Washington establishment has, in the short to medium term at least, ended any hope of improved Russian-American relations. A humiliated Trump has been forced to publicly admonish his legislature for leaving him no option but to approve new coercive measures against Russia.

It wasn’t supposed to be like this. On election night, Trump promised to have “great relations” with everyone. And that followed a campaign where he intimated he’d remove Obama’s, comparatively feeble, anti-Russia penalties. Now, not only has he been forced to codify them, but he’s also signed into law far stricter embargoes. Rarely, if ever, has an occupant of the Oval Office been so openly paralyzed by lawmakers and the deep state.

In truth, Trump only has himself to blame. Because while he self-identifies as a Reagan-esque historical-figure-in-waiting, bringing detente to the world, he’s delivered only bombast and chaos. Instead of carefully building a coalition which would allow his, undoubted, deal-making skills to shine, he’s spent the first eight months of his reign fighting the media and his own party. He also betrayed a bizarre infatuation with insulting TV presenters, something beneath the dignity of his office.

Viewed from afar
Meanwhile, in Moscow, there is incredulity, bafflement, and bewilderment as to how Russia ended up as public enemy number one again. And astonishment at the political civil war which has gripped its old Cold War rival, as the established order unites to delegitimize the outsider who succeeded in winning the White House.

Things boiled over on Wednesday evening when the Russian Prime Minister took to Facebook to chide Trump as “impotent.” A clearly angry Dmitry Medvedev writing how “the hope of improving our relationship with the new American administration is over,” adding the sanctions amounted to “a full-fledged economic war on Russia.” Medvedev held little back as he noted a change in “the balance of power in US political circles” with representatives dictating to the president in matters of foreign policy.