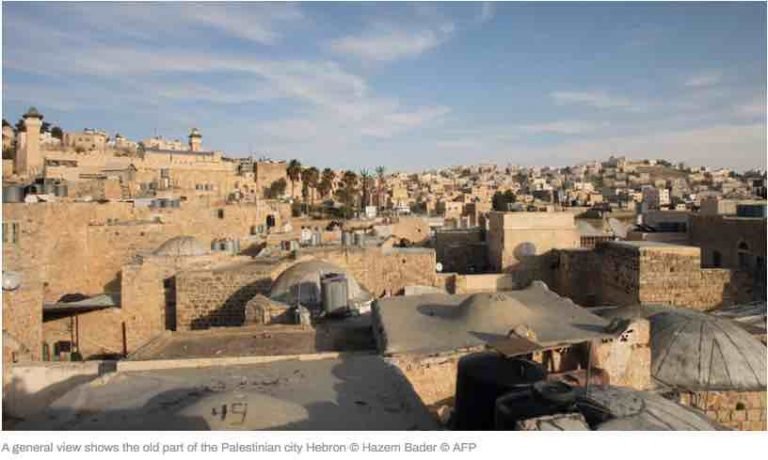 Very Israeli way of thinking: the whole world is wrong and only they are right.

Israel’s ambassador to UNESCO walked out of a session by the UN agency after learning that the Old City of Hebron had been referred to as Palestinian, not Israeli. Israeli officials slammed the move saying it overlooks the deep Jewish ties to the biblical town.

The Friday session, which took place in Krakow, Poland led to Hebron’s Old City being put on the agency’s World Heritage list as a site in danger, UNESCO spokeswoman Lucia Iglesias confirmed, according to AP.

The decision came after a secret vote of 12-3, with six abstentions.

Although the move itself wasn’t deemed controversial by Tel Aviv, the decision to describe Hebron as a “Palestinian heritage site” infuriated Israel’s ambassador to UNESCO, Carmel Shama-Hacohen, who walked out of the session in protest.

Shama-Hacohen also expressed anger after learning that the vote would only be partially secret, as it would not be conducted behind a screen. A shouting match reportedly broke out between the ambassador and the Palestinian and Lebanese envoys over the issue, according to the Israeli daily Haaretz.

Denouncing the UNESCO vote, Netanyahu announced that Tel Aviv would trim a further $1 million from the country’s United Nations contribution. Israel plans to channel those funds to set up a Museum of the Heritage of the Jewish People in Kiryat Arba and Hebron.

“In the face of UNESCO’s denial, the prime minister is determined to present to the whole world the historical truth and the thousands of years of deep Jewish roots in Hebron,” the Prime Minister’s Office said in a statement, the Times of Israel reports.

Israel’s latest funding cut to the UN will be the country’s fourth in the past 12 months. Roughly $10 million have been withheld since December as the UN continues to pass resolutions which are perceived as anti-Israeli by Tel Aviv.

It is “disappointing and embarrassing to see UNESCO denying history and distorting reality time after time to knowingly serve those who try to wipe the Jewish state off the map,” Bennett added. “Israel won’t renew cooperation with UNESCO as long as it continues to serve as a tool for political attacks instead of being a professional organization.”

Iglesias declined to comment on whether Hebron had been recognized as Palestinian, saying the exact wording would be decided at a later time.

Meanwhile, the Palestinians praised the move, with the Palestinian Ministry of Foreign Affairs calling it “the only logical and correct decision,” and adding that “…Hebron’s Old City and holy site is under threat due to the irresponsible, illegal, and highly damaging actions of Israel, the occupying Power, which maintains a regime of separation and discrimination in the city based on ethnic background and religion.”

Jews believe the Cave of the Patriarchs, located in Hebron, is where Abraham, Isaac, Jacob, and their wives are buried. For Muslims, the city is home to the Ibrahimi mosque, also known the Sanctuary of Abraham, which was built in the 14th century.