Ebola outbreak: US advises against quarantine 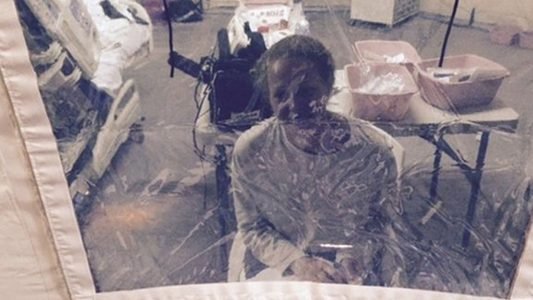 Kacie Hicockx should sue the Governor for illegal detention and ask millions of $ in damage. Government officials should be afraid of citizens and not the other way around.

The federal guidelines came after a nurse was put in isolation in a tent in New Jersey, a decision condemned by UN Secretary-General Ban Ki-moon.

Meanwhile, Australia has been criticised for a West Africa visa ban.

The current Ebola outbreak in West Africa has infected more than 10,000 people and killed almost 5,000.

People are not contagious until they develop Ebola symptoms and the UN Secretary-General’s spokesman said “returning health workers are exceptional people who are giving of themselves for humanity”.

“They should not be subjected to restrictions that are not based on science.”