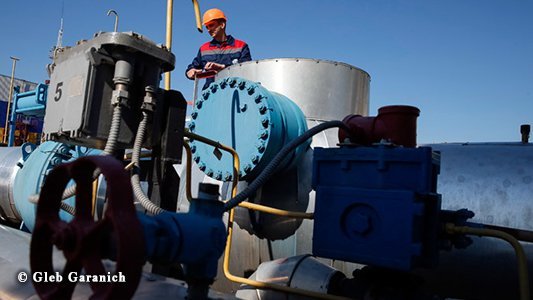 Putin is very patient not to stop Russian gas flow to Europe, but patience has limits… Economic sanctions in this case will hurt more those who started it.

The European Union may ban the ‘re-selling’ of gas and limit industrial use as part of a contingency plan to create a stockpile for next winter, in case Russian gas stops flowing through Ukraine, according to a European Commission source.

Foreseeing a possible halt in supplies over the political standoff between Russia and Ukraine, Europe has an emergency plan to stock up on energy supplies, the source told Reuters.

“In the short-term, we are very worried about winter supplies in southeast Europe,” the source, who has direct knowledge of the Commission’s energy emergency plans, told the news agency. Europe gets a large proportion of its energy from Russia, which supplies about 30 percent of its natural gas needs, as well as oil and coal. The EU has urged Ukraine to ensure gas transit to Europe.