Fewer Americans identify with religion than ever 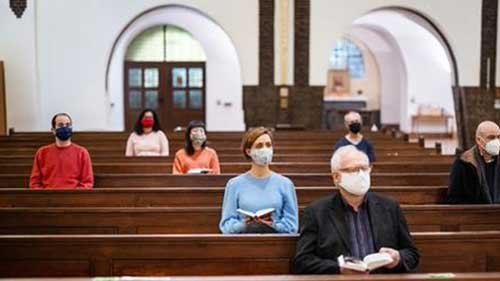 Church attendance and belief in God are at historic lows in the US, surveys show

Fewer Americans are attending church than ever, according to recent polls. The surveys referred to in several US media reports on Wednesday show that a combination of pandemic lockdowns and generational shifts in attitudes has the once solidly Christian nation questioning its relationship with organized religion.

More than four in five Americans (81%) believe in God, according to a Gallup poll conducted earlier this year. While that’s still a sizable majority, it’s also the lowest percentage since the pollster began asking the question back in 1944, when 98% of Americans espoused belief.

Similarly, the number of Americans who belong to a church, mosque, or synagogue is at an all-time low, comprising a minority of the population (47%) for the first time last year, according to Gallup. Driven by a rise in those claiming no religious affiliation, a group that has rivaled Catholics or evangelical Christians in size since before the Covid-19 pandemic, the decline is likely to continue, the pollster suggests.