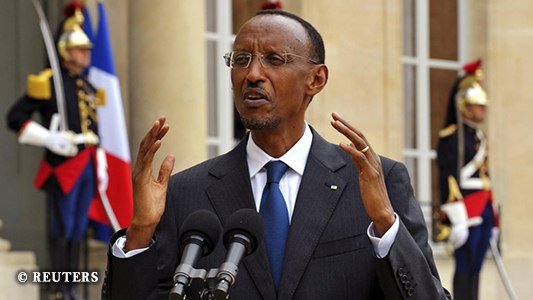 Another crime of France in Africa, which was never really decolonized. That will be done only when ex French African colonies, revert to pre colonization borders, stop using french language, and apostatize massively from the colonizator ‘s religion: Christianity. Like Mao Tse Toung said brilliantly there is no revolution as long as there is no cultural revolution.

The French government has announced that it is pulling out of the 20th anniversary commemorations on Monday for the Rwandan genocide.

The decision follows an accusation by the Rwandan President, Paul Kagame, that France participated in the mass killings in 1994.

Mr Kagame has previously made similar allegations, which France has denied.

The French foreign ministry said the remarks went against reconciliation efforts between the two countries.