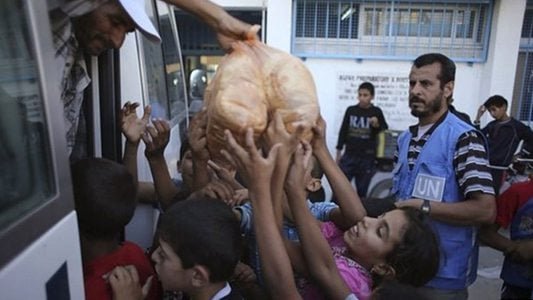 There were way less dead civilians in Kosovo and the west was very quick to intervene. Why nobody is courageous enough to move and stop this? This double standard is a shame for Humanity.

A Palestinian family and an Israeli Bedouin father were among those killed on Saturday as the casualty toll from Israel’s ground campaign and rocket attacks from Gaza continued to rise.

The Bedouin man died and family members were injured when a rocket hit their campsite in south Israel, police said.

The Palestinian family of eight were among several killed as the death toll in Gaza rose past 340, officials said.

UN chief Ban Ki-moon is heading to the region to help mediation efforts.

The visit is aimed at helping Israelis and Palestinians “end the violence and find a way forward”, the UN said.