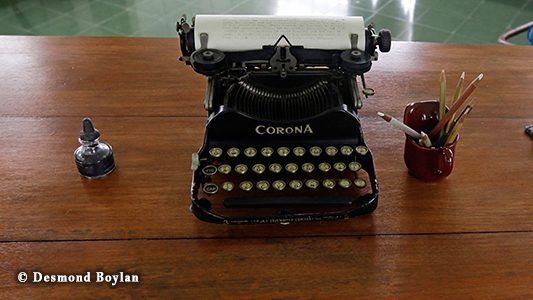 For important secret messages I always use normal post mail. It s paradoxically much more secure than anything electronic. Nobody has the right to open paper mail without a warrant and they have huge difficulties knowing who is the sender if you do not put sender s address and name anywhere. And also they cannot see through if you place inside the envelop an aluminum paper or good old carbon paper . Also seal the envelop with strong crazy glue as the regular glue on envelop is easy to open and close again without letting any trace.

“As a matter of fact, we already have [a typewriter], and it’s even a non-electronic typewriter,” he told the ARD Morning Show Monday.

The interviewer, apparently surprised by the idea, asked if that was really the case, The Guardian writes. “Yes, no joke”, responded Sensburg of Chancellor Angela Merkel’s Christian Democratic Union party.