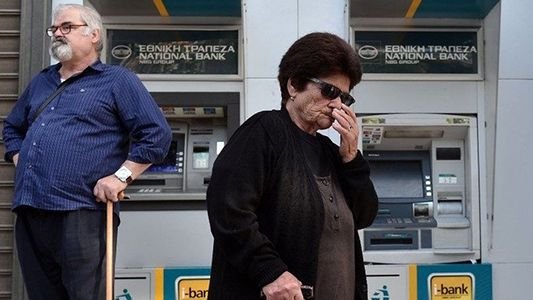 So even if you have millions in bank suddenly you cannot withdraw more than 60 Euros…. more than ever better have a safety box well hidden in your home! That can happen in every country!

Greek banks are closed and will stay shut for the week, after the country’s debt crisis took a dramatic turn.

But cash machines are due to reopen in the afternoon and there are reports of fresh queues.

Greece decided on Sunday to shut banks and restrict cash withdrawals after the European Central Bank resolved not to extend emergency funding.

It followed the failure on Friday of talks with Greek creditors on continuing with the bailout programme.

A critical deadline looms on Tuesday, when Greece is due to pay back €1.6bn to the International Monetary Fund – the same day the bailout expires. There are fears of a default and a possible exit from euro.