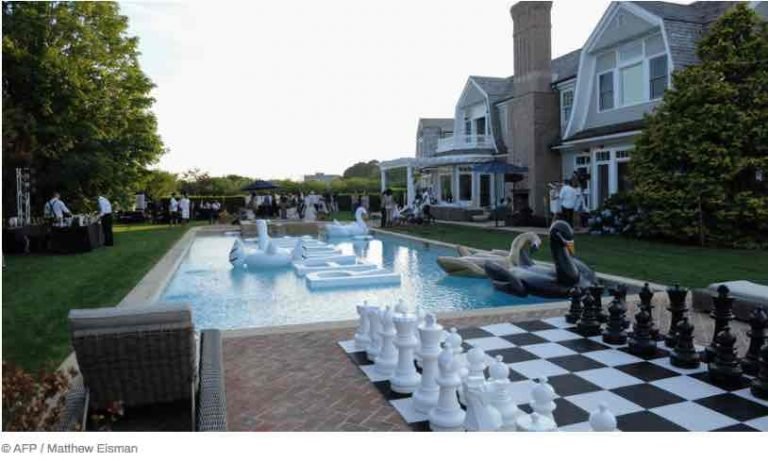 Modern Robin Hood… when the 0.000001 % become the targets. World revolution on the way.

Fearing the vicious Salvadoran MS-13 gang, which has plagued Long Island’s Suffolk County and threatens to spread its terror further, residents from the wealthy Hamptons area in New York are turning their homes into fortresses.

Supermarket mogul, John Catsimatidis, told the New York Post that he sleeps with a gun underneath his pillow. “A Walther PPK/S, the same one James Bond carried,” he said.

“[My wife] Margo prefers a shotgun. Although, once, she thought she heard something, got the shotgun out and shot through the door,” he added.

Fears that the gang is spreading to the eastern tip of Long Island were bolstered by Southampton Town’s police chief Steven Skrynecki, after he stationed police with anti-terrorism gear at charity galas throughout the summer of 2017.

In April, the gang murdered four men at a soccer field in Central Islip. Three months later a Hampton Bays brothel, which was raided by police, was found to be tagged with an MS-13 sign.

The gang is “in Suffolk County. What’s an hour car ride? They are near,” an unnamed Southampton homeowner said.

Long Island contractor Chris Cosban, whose company Covert Interiors installs pricey panic rooms, told the daily: “The big thing [with homeowners] in the Hamptons is that if somebody has it, they [all] want it.”

“They like to brag about it,” he said. People used to open up their garages and show off their Lamborghinis, but “now they take guests to the wine bar in their safe room,” said Herman Weisberg from personal security firm Sage Intelligence.

He explained that clients look at the panic rooms as a secondary space that can double as a wine cellar or a secure room to display guns.

Some East Enders say that their wealthy neighbors are going overboard and “get more paranoid the richer they become.”