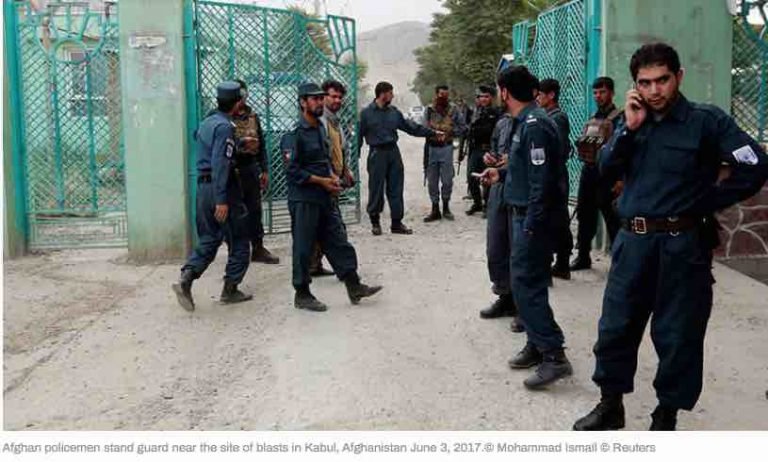 Yankees go home! And not only from Afghanistan…

Unless the confusion about the Taliban being brothers who need to be spoken to or the enemies and terrorists is wiped out, it will be hard to fight various groups in Afghanistan despite US desire to send more troops, says military analyst Kamal Alam.

Three explosions hit a funeral ceremony in the Afghan capital, Kabul on Saturday with up to 20 people killed and 87 injured, continuing a string of violence that has plagued this Central Asian country of late.

According to Chief Executive of the Islamic Republic of Afghanistan, Abdullah Abdullah, who was among other government officials at the funeral at the time of the explosions, but was unharmed, the attack was a suicide bombing.

Saturday’s blasts happened at the funeral of a man who had died at a rally just the day before.

RT: Chief executive Abdullah Abdullah and other leading officials were also at the funeral. What does it say about the country’s security that such attacks can take place?

Kamal Alam: It is quite worrying, the last week there have been a dizzying amount of attacks and especially this one which comes just a few days after the big attack which killed almost 100 people… It just shows that the security services of Afghanistan are actually deeply penetrated by all kinds of groups, whether it is ISIS or Taliban or Haqqani network, or whatever name you want to give them. It is a very worrying situation. The Afghan National Security Forces are not up to the task of fighting the many various groups in the country.

RT: The explosions happened at the funeral of a man killed in Friday’s protests which were against a terror attack on Wednesday. Do you think all this will only deepen public outrage?

KA: It does because the Afghan government has been held to account. It is called the National Unity Government, but in fact there is not much unity between them. Dr. Abdullah Abdullah does not get along with the Afghan president Ashraf Ghani. There is no proper strategy on how to take on the Taliban. President Ghani several days ago said that the Taliban are brothers who need to be spoken to. Yet, you’ve got the Afghan intelligence who thinks the Taliban are enemies and terrorists. So, unless the confusion is wiped out, it will be very hard to fight these various groups that are in Afghanistan.

RT: The US has played the role of stability guarantor in the Afghan conflict. Where does this wave of terror leave them?

KA: I think quite confused because if you look at the US-led war, it has changed over the last 10 years. It started off as counter-terrorism, then it became counter-narcotics, then it became counter-insurgency, then it became nation-building and now they don’t quite know what it is at because Trump wants to send more troops. But 3,000 troops is not going to help when the US had more than 100,000 troops, they still couldn’t control Afghanistan. So, I think there is deep confusion in the US as well as anger because President Trump called this war ‘wasteful and the US needs to pull out,’ but since he has been in office, it seems like he is doing the opposite of what he promised… The question is how long will the Americans stay in Afghanistan without results aside from failure?