How much money did Britain take away from India? About $45 trillion in 173 years, says top economist 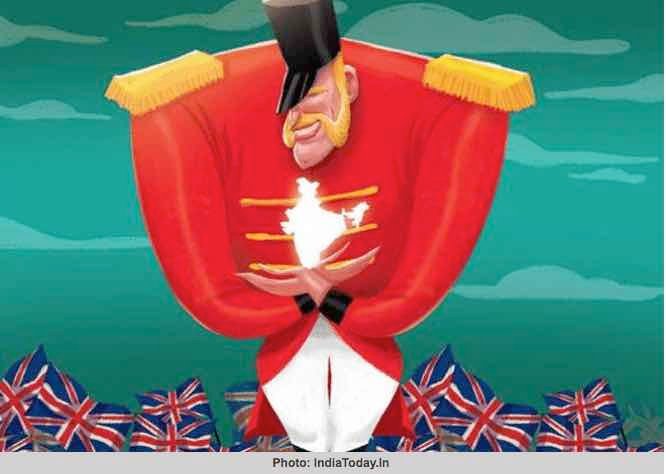 They should give it back!

Patnaik, in her essay published in Columbia University Press recently, said Britain drained out over $45 trillion from India, which to date has hampered the country’s ability to come out of poverty.

Britain ruled India for about 200 years, a period that was marred with extreme poverty and famine. India’s wealth depleted in these two centuries. Renowned economist Utsa Patnaik, who has done a research on the fiscal relations between Colonial India and Britain, has tried to answer a question many Indians are likely to be interested to know — how much money did Britishers take away from India? Patnaik, in her essay published in Columbia University Press recently, said Britain drained out over $45 trillion from India, which to date has hampered the country’s ability to come out of poverty.

Patnaik said the scars of colonisation remain despite Britain leaving India over 70 years ago. “Between 1765 and 1938, the drain amounted to 9.2 trillion pounds ($45 trillion), taking India’s export surplus earnings as the measure, and compounding it at a 5 per cent rate of interest,” Patnaik said during an interview with Mint.

She added Indians were never given due credit for their precious resources like gold and forex earnings, which all went to feed the people of the British country.

As per Utsa, every year the Britishers siphoned off resources equivalent to 26-36 per cent of the Central government’s budget. This would have made a huge difference in India’s journey towards being a ‘developed’ nation. The economist believes if these international earnings had remained in India, the country would have been much ahead in terms of proper healthcare and social welfare indicators.

Putting forward some shocking figures, Patnaik said while people of India died due to malnutrition and several other diseases just like “flies”, the Britishers kept taking away hard-earned money of poor Indians. “…Indian expectation of life at birth was just 22 years in 1911,” said Utsa.

She said Britain exported foodgrains and imposed high taxes, which spread famine in India and reduced its purchasing power. As per the economist, per capita annual consumption of food, which was 200 kg in 1900, went down to 137kg during World War II in 1946. She said India’s position at the time of independence was dismal on all social factors.

Before Utsa, Congress leader and writer Shashi Tharoor, in his book Inglorious Empire, had also called British prime minister Winston Churchill, who is considered as a great wartime leader and protector of freedom of speech, one of “the worst genocidal dictators”. “This is a man the British would have us hail as an apostle of freedom and democracy when he has as much blood on his hands as some of the worst genocidal dictators of the 20th century,” he said during an interview broadcast with ABC.