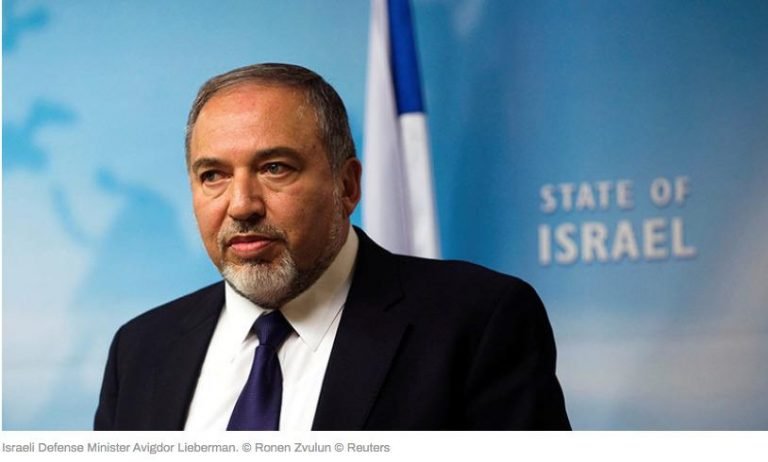 Even if all the world condemns them, they will still believe they are right: that’s the Zionist mind …

Speaking in the Knesset, Israel’s parliament, on Monday, Lieberman denounced the plans unveiled by the French foreign minister on Thursday to convene some 70 countries in Paris on January 15 for a peace conference devoted to the settlement of the Israel-Palestine conflict.

Lieberman, who has repeatedly made headlines with his controversial statements, compared the conference to the historic trial of Alfred Dreyfus, a French artillery officer of Jewish heritage.

“There is only one difference between what they are planning in Paris [and the Dreyfus affair], last time there was only one Jew on the stand and now all of the people of Israel and the entire state of Israel,” Lieberman said, Haaretz reported.

Dreyfus was convicted of treason in 1894 and stood a set of trials which split French society until he was completely cleared of all charges and reinstated in the army in 1906. His trial and conviction has long been seen as a symbol of injustice and anti-Semitiс views held by part of the public and the French media at the time.

“This is a modern version of the Dreyfus trial,” Liebermann said.

The Paris summit is being seen as another attempt by France to galvanize the stalled peace process as invitations to attend the meeting extended to both Israeli and Palestinian leaders. However Israeli Prime Minister Benjamin Netanyahu’s government is up in arms over the idea.

Israel’s Security Cabinet on Sunday reportedly discussed the possibility that a new set of measures unfavorable to Israel might be agreed in Paris and be voted for by the UN Security Council before US President Barack Obama leaves office on January 20. Israeli media said the concern is that the members of the Middle East Quartet, comprising the UN, the EU, Russia and the US, may find common ground during the meeting, so it could pave the way for further punitive resolutions by UN Security Council against the Israeli settlement policy in Occupied Palestinian Territories, The Times of Israel reports.

In his speech on Monday, Liebermann blasted the timing of the event, arguing that it comes at a time when France is embroiled in a heated presidential race and thus the meeting does not serve the original idea of peace-brokering.

“This is really just a tribunal against the state of Israel. This is a summit whose entire goal is to damage Israel’s security and harm its good name,” Lieberman said. In another controversial statement, he called on French Jews to disown France.

Earlier, French Foreign Minister Jean-Marc Ayrault said that despite the setbacks, “France is still determined to hold a conference in Paris to reaffirm the necessity of a two-state solution.”

“We are not going to give up now,” Ayrault said, as cited by Reuters.

Netanyahu refused to participate in the upcoming conference back in November, which initially was expected to take place before the end of the year. At the same time, Palestine welcomed the proposal, with Palestine Liberation Organization Secretary-General Saeb Erekat calling on France to not let Israel “sabotage” the conference. A spokesman for Palestinian President Mahmoud Abbas said the Palestinian government would endorse the conference “regardless of whether Israel participates or not.” Israel has long been touting the idea of direct talks with Palestine, however, the Palestinians demand Israel stop its illegal settlement activity first.

Lieberman’s comments come on the heels of the UN Security Council passing a resolution on Israeli settlement construction, which calls on Israel to “immediately and completely cease all settlement activities in the occupied Palestinian territory, including east Jerusalem.”

Both the text of the resolution and the fact that the Israel’s ally US did not veto it have enraged the Israeli PM, who ordered a halt in funding of a number of United Nations bodies and reportedly advised his ministers to refrain from travelling to countries who supported the draft as well as meeting with officials representing these countries.

Despite reports to the contrary, Netanyahu sees the outgoing US president as the mastermind behind the resolution, saying that he has “no doubt” that Washington had initiated its adoption.

An unnamed senior US official told Reuters on Friday that “contrary to some claims, the administration was not involved in formulating the resolution nor have we promoted it.”