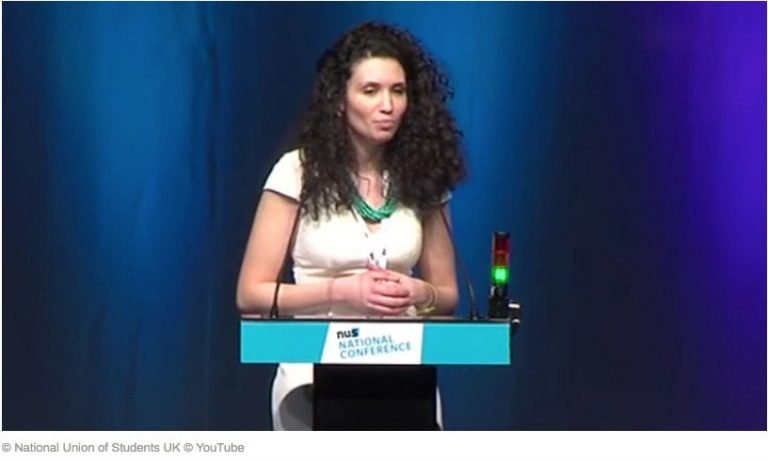 The Zionist mafia at work everywhere!

Israeli authorities collaborated with student campaigners in an attempt to topple the president of the UK’s National Union of Students (NUS), Malia Bouattia, undercover filming suggests.

NUS vice president Richard Brooks is seen in footage telling an undercover reporter he is the one helping to organize Bouattia’s opponents.

Bouattia, who represents more than 4 million students, ran on an openly pro-Palestinian platform, and has been criticized in the British media for calling herself anti-Zionist.

Brooks is also filmed telling the Al Jazeera journalist, who went by the alias of Robin and pretended to be a Labour Friends of Israel volunteer, that he had held several “private meetings” with former Labour Students chairman and active pro-Israel campaigner Michael Rubin, and Union of Jewish Students (UJS) campaign director Russell Langer, on how to take over key NUS positions.

“We’d have our secret little purpose meeting where we’d plan how to get moderate people with good politics and any number of things elected to certain places,” he told Robin.

Brooks has since replied to the allegations, saying it is “not a shock or an exposé that I politically organize against what I think to be an ineffectual and damaging presidency for students’ unions and students.”

He did, however, deny that he had actively worked with the Israeli government to depose Bouattia.

News of pro-Israel NUS officers colluding against the pro-Palestinian NUS president comes after revelations that an Israeli embassy aide was filmed telling a Conservative Party employee how to “take down” MPs critical of Israel, as well as other British officials.

Other powerful lobbies like AIPAC were also identified as donors to Shapira’s student lobby.

The Israeli embassy and Labour Friends of Israel did not respond to the allegations. Bouattia and the NUS are yet to make an official statement.