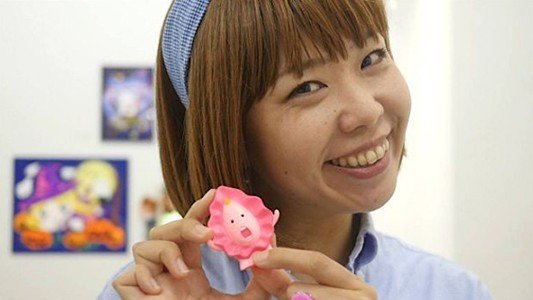 Japan has a beautiful culture of showing penises in festivals and denying the right to show female organs are a sexist discrimination. Japan must either make all penis festival illegal or allow women the same rights.

A Japanese woman who makes art based on her vagina has been charged with obscenity, in a case that has sparked discussion on censorship.

Megumi Igarashi, 42, had allegedly displayed an “obscene” work at a Tokyo sex shop and sent 3D data of her genitals to other people.

She was arrested in early December and has been held in detention since then.

Ms Igarashi was previously arrested in July, but was later released following a legal appeal and public pressure.

On Wednesday Ms Igarashi was charged with obscenity for displaying a work modelled on her vagina and for distributing data that could be used to print out a 3D copy of her genitals, reported the Asahi Shimbun newspaper.

Appeal Trial #1
On April 13, 2017, the Tokyo High Court upheld the decision of the first instance and dismissed the appeals of both the prosecution and the defense . Megumi appealed on the same day. Regarding the distribution of obscene materials, the prosecution did not appeal, so the acquittal was confirmed.

Appeal trial #2
On July 16, 2020, in the appeal decision, the Supreme Court’s first small court dismissed the defendant’s appeal, and the first and second trial decisions with a fine of 400,000 yen were finalized.