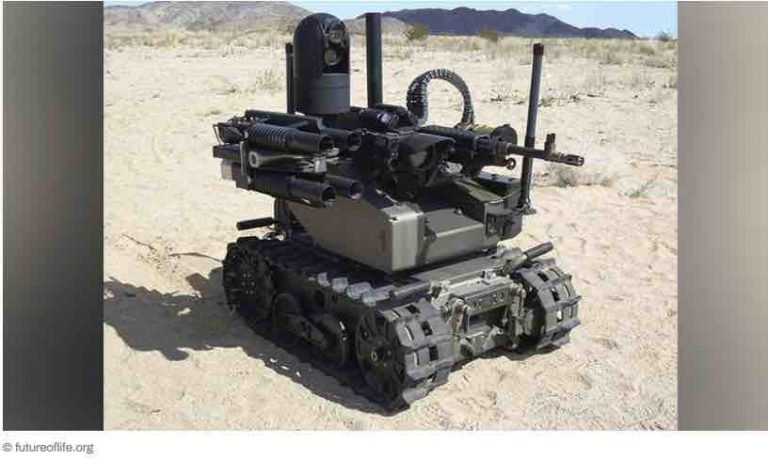 And they are absolutely right! They should be forbidden worldwide. And if one country still uses them, the President of such a country should be prosecuted for a war crime.

Leaders in the fields of artificial intelligence and robotics have signed an open letter calling on the United Nations to ban the use of lethal autonomous weapons, or ‘killer robots,’ similar to the prohibition on land mines, firebombs and chemical weapons.

“We need to make decisions today choosing which of these futures we want. I strongly support the call by many humanitarian and other organizations for an UN ban on such weapons, similar to bans on chemical and other weapons,” Toby Walsh, scientia professor of artificial intelligence at the University of New South Wales in Sydney, said in a statement accompanying the letter.

The letter, released Sunday at the International Joint Conference on Artificial Intelligence in Melbourne, was signed by 116 leaders in the field of robotics, engineering and artificial intelligence from 26 countries around the world, including Elon Musk of Tesla and SpaceX as well as Alphabet’s Mustafa Suleyman.

It is the first time that AI and robotics companies have made a joint statement on the issue in such great numbers.

“Unless people want to see new weapons of mass destruction – in the form of vast swarms of lethal microdrones – spreading around the world, it’s imperative to step up and support the United Nations’ efforts to create a treaty banning lethal autonomous weapons. This is vital for national and international security,” Stuart Russell, founder and vice-president of Bayesian Logic said in a statement accompanying the letter.

In December 2016, 123 UN member nations agreed to formal discussions on autonomous lethal weapons, 19 of whom have already called for a ban. However, the UN delayed a meeting scheduled for August 21 to discuss the issue due to insufficient funding.

“These can be weapons of terror, weapons that despots and terrorists use against innocent populations, and weapons hacked to behave in undesirable ways. We do not have long to act. Once this Pandora’s box is opened, it will be hard to close,” the letter states, concluding with an urgent plea for the UN “to find a way to protect us all from these dangers.”