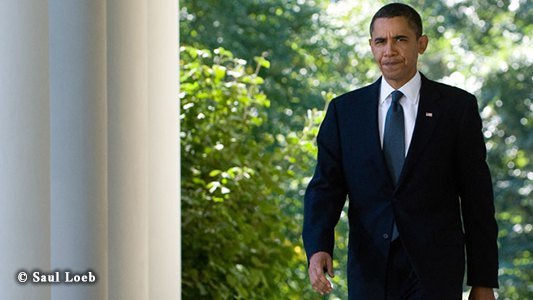 And he is absolutely right!

A representative of the populist LDPR nationalist party claims in an official letter that the US President should be blamed for thousands of innocent people’s deaths and therefore cannot keep his 2009 Nobel Peace Prize.

“More and more international experts are calling Obama’s presidency dark times. The reason for that is the brutal policy that he is conducting all over the world, like Napoleon or Hitler had done before. But I want to warn Obama so that he pays more attention to history and understands that he can end up like Hitler,” MP Roman Khudyakov said in an interview with Izvestia daily.

The politician added that under Obama the United States participated in the “dirty war” in the Middle East, financed the armed conflict in Ukraine and violated international law by torturing suspected terrorists. All this makes the US President complicit in the violent deaths of several thousand innocent civilians and such a person cannot remain the holder of the Nobel Peace Prize, Khudyakov said.