Legalize all narcotics now: War on drugs is war on people, says BMJ 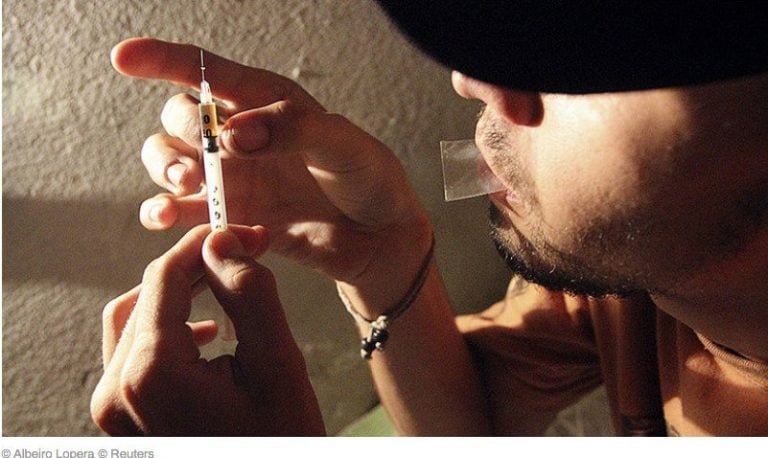 Absolutely! It’s the freedom of people to eat, drink, smoke, smell or inject themselves with whatever they want! That doesn’t mean I support the use of drugs, as meditation has the same benefits without side effects, but that governments or police have no right to infringe with individual freedom to use whatever they wish on themselves and even to kill themselves.

Doctors have an “ethical responsibility” to back the legalization of drugs, the British Medical Journal (BMJ) has advised for the first time.

An editorial in the BMJ, the UK’s most widely-read medical journal, argues that laws against drug use have harmed people across the world, while stressing that drug addiction should be viewed as a health problem and police involvement must end.

The BMJ says the “war on drugs” has failed and “too often plays out as a war on the millions of people who use drugs.”

The call for reform reflects a shift in medical opinion. In June, Britain’s two leading health bodies, the Royal Society for Public Health and the Faculty of Public Health, called for the personal use of drugs to be decriminalized.

The group said criminalizing users deters them from seeking medical help and leads to long-term harm, such as exposure to hard drugs in prison, the breakup of families, and loss of employment.

Drug deaths in Britain are presently at an all-time high.

The BMJ says that the number of heroin fatalities has doubled in the past three years because of government policies. Official figures show that 579 people died from using heroin in 2012, compared with 1,201 in 2015.

The journal’s editor in chief, Fiona Godlee, says: “There is an imperative to investigate more effective alternatives to criminalisation of drug use and supply.”

She added that the government should “move cautiously towards regulated drug markets where possible” and doctors should “use their authority to lead calls for a pragmatic reform informed by science and ethics.”

Former Deputy Prime Minister Nick Clegg writes in the BMJ that the government could consider introducing a version of the Portuguese movement, where drug users are referred to treatment rather than being punished. Drug deaths have fallen in Portugal by 80 percent.

Last month, Glasgow councilors and police approved a plan to open the first “shooting gallery” or “fix room” in Britain, which will allow heroin addicts to inject safely under supervision.

The facilities aim to tackle drug-related deaths, the spread of infection among users, and the amount of needles and injecting equipment left in public areas.

There are about 90 similar injecting facilities operating worldwide, including in Australia, Germany, France, Holland, and Switzerland.