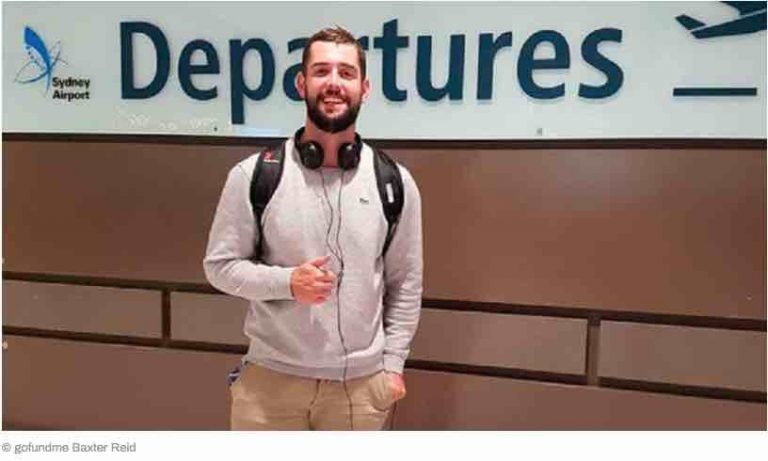 Boycott tourism in the USA. It’s really a police state.

An Australian man has been arrested by US immigration officials for reportedly overstaying his visit to the country by 90 minutes after being denied entry into Canada.

On April 24, a 26-year-old Canberra man, Baxter Reid, traveled to the border in upstate New York with his American girlfriend, Heather Kansco, but was denied entry to Canada and subsequently arrested by US border police.

Following his arrest, Reid was imprisoned at Buffalo Federal Detention Center where he could be held for six months before being brought before a judge. Speaking to the Sydney Morning Herald, Baxter’s father, Tom Reid, explained that the couple had arrived at the border at 10pm local time on April 23 as his visa was due to expire at midnight.

“For some reason the Canadians kept them until 1:30am and then refused them entry. They returned them to the United States and by then they were an hour and a half over the visa, and [he] got locked up,” his father said.

Though Reid has a five-year visa, he’s required to leave the states every six months.

Kansco set up a GoFundMe page with the hope of raising money for her boyfriend’s defense. The target of $8,000 has already been reached.

On the page Kansco explains the couple’s ordeal. “As we approached the border, the people working border patrol started giving us a bit of a hard time. They spent hours asking us remedial questions and giving us the runaround, with hours of dead time in between,” she said.

Baxter will now have to wait two to three weeks before he gets a court appearance date, though even when he is issued one, he may not be able to appear before the judge for six months.

His father is hoping that US officials will allow him to return to Australia voluntarily, where he will hopefully be joined by his girlfriend.

“I’m more than willing to go back to [Australia] as soon as he gets out,” Kansco said.