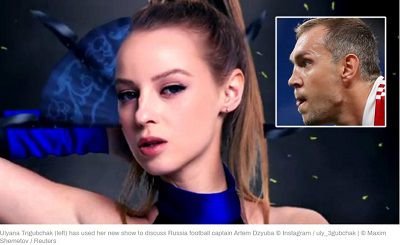 Cheerleader-turned-presenter Trigubchak claimed that she had been told to stop involving herself in “men’s affairs”, but she is now talking sport again in a new Instagram show, Totality, which she has launched while wearing a skintight costume on her personal channel.