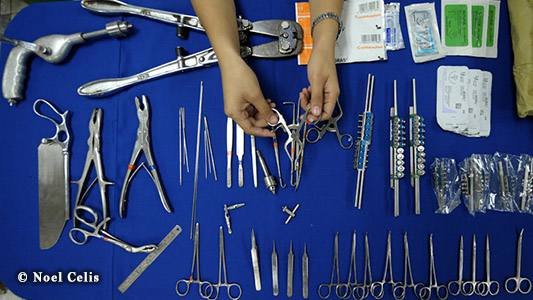 Circumcision is a genital mutilation similar to excision and should be forbidden on children worldwide. Adults can decide to do it for any reason as they are free to do whatever they wish with their own body. But children must be protected.

A Florida woman has successfully convinced a state appeals court to stop the father of her three-year-old son from having their child circumcised.

The Court of Appeals for Florida’s fourth district this week granted a request made by the boy’s mother, Heather Hironimus of Boynton Beach, in which she asked for justices to stay an earlier ruling ordering her son to be circumcised.

Hironimus and the boy’s father, Dennis Nebus of Boca Raton, had the child in October 2010 and more than a year later entered into a legally-binding parenting agreement; Hironimus and Nebus never married.

A provision included in that contract referenced in recent court proceedings affirmed that Nebus was responsible for scheduling and taking their son to be circumcised, and would pay for any and all costs associated with the procedure. Hironimus, the contract continued, agreed to “timely execute any and all documents reasonably necessary to effectuate the circumcision” of the child.