Muslim teen first to compete in hijab for Miss Minnesota 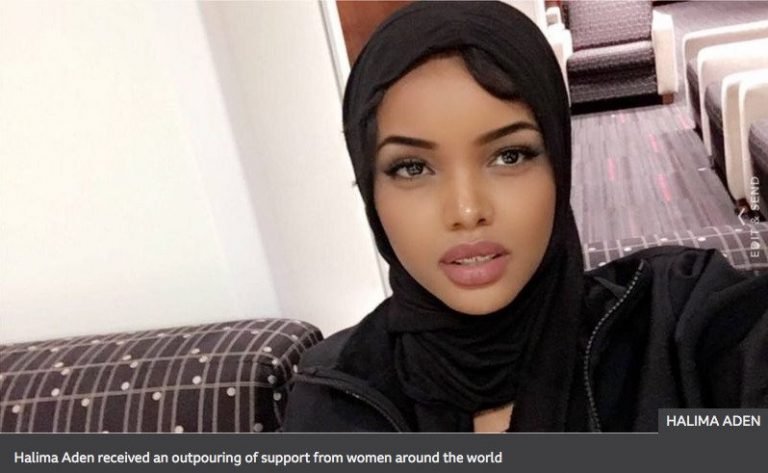 Wonderful! Freedom to be topless AND freedom to wear whatever you wish!

A Somali-American has become the first to compete in the Miss Minnesota USA pageant wearing a hijab and burkini.

Ms Aden, who was born in Kenya and moved as a child to St Cloud, Minnesota, was one of the top 15 contestants in the two-day pageant.

She said she hopes her participation inspires other Muslim women to be confident about their identity.

“A lot of people will look at you and will fail to see your beauty because you’re covered up and they’re not used to it, so growing up I just had to work on my people skills and give people a chance to really know me besides the clothing,” Ms Aden told local television station KARE.

The St Cloud resident said she was overwhelmed to be in the top 15 contestants and has received an outpouring of support from women around the world.

“This is a big win for us, you know. I’m the first to do this and I’m hoping to see more Muslim women wearing burkinis and being celebrated,” she said.

“I’m just challenging you to be outgoing and just do your best in everything that you do.”

Minnesota is home to the largest concentration of Somali immigrants in the US.

“I think for Halima standing on the stage this weekend she is showing other women that they too can do that and that it’s possible for them,” she said.

The winner of the pageant was Minneapolis resident Meredith Gould, who will go on to compete in the Miss USA pageant next year.