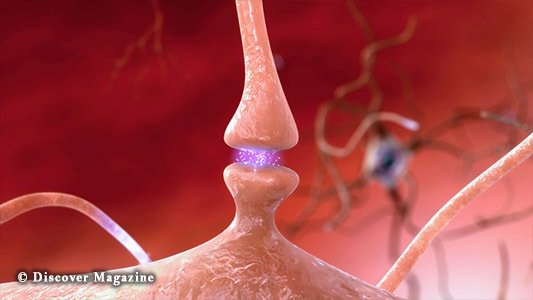 This is exactly what I have been teaching for almost 40 years in Happiness Academies !Thank you Elohim for having given to us self repairing brains! And that’s only for damaged brains which is not so interesting: it’s even more interesting for ” normal brains” whose capacities are increased by regular meditation, adding positive neurons and positive connections, in a neuroplasticity which develop the supra consciousness.

Duke researchers have found a new type of neuron in the adult brain that is capable of telling stem cells to make more new neurons. Though the experiments are in their early stages, the finding opens the tantalizing possibility that the brain may be able to repair itself from within.

Neuroscientists have suspected for some time that the brain has some capacity to direct the manufacturing of new neurons, but it was difficult to determine where these instructions are coming from, explains Chay Kuo, M.D. Ph.D., an assistant professor of cell biology, neurobiology and pediatrics.

In a study with mice, his team found a previously unknown population of neurons within the subventricular zone (SVZ) neurogenic niche of the adult brain, adjacent to the striatum. These neurons expressed the choline acetyltransferase (ChAT) enzyme, which is required to make the neurotransmitter acetylcholine. With optogenetic tools that allowed the team to tune the firing frequency of these ChAT+ neurons up and down with laser light, they were able to see clear changes in neural stem cell proliferation in the brain.