Over half of $1.2 trillion mass incarceration costs fall on families, communities 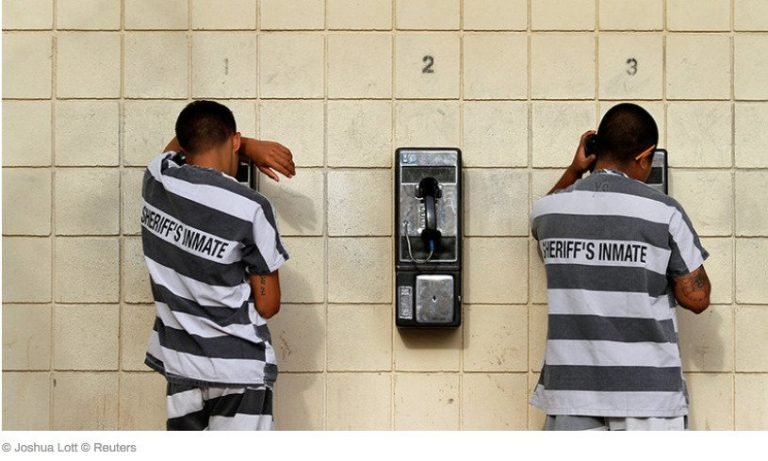 Time for a revolution in the US!

Imprisoning millions of Americans comes at a cost, and not just for local, state and federal government budgets. A new study finds society itself is missing out on more than $1 trillion, mostly impacting the family members and communities of the incarcerated.

“For every dollar in corrections spending, there’s another 10 dollars of other types of costs to families, children and communities that nobody sees because it doesn’t end up on a state budget,” Michael McLaughlin, a doctoral student and certified public accountant, told the St. Louis Post-Dispatch.

The $1.2 trillion figure is nearly 6 percent of GDP and is 11 times the cost of what governments pay for corrections, the study reports, based on 22 costs from three categories: “costs of corrections,” “costs borne by incarcerated persons,” and “costs borne by families, children, and communities.”

Aside from the $91.1 billion spent by governments on corrections, the “societal” expenditures are being totaled for the first time, the study authors claim.

Inmates miss out on about $70.5 billion in wages every year while behind bars, and in their lifetimes, they are likely to give up $230 billion, due to employment restrictions and discrimination, the researchers concluded.

The largest drain on the economy from incarceration, the study found, comes from criminogenic forces inherent in the system itself. Criminal behavior that is learned or mastered inside prisons goes on to harm the community the ex-convict returns to, costing some $285.8 billion each year.

“We’re getting to a point in the U.S., in society, that we’ve incarcerated so many people that it’s kind of become a common thing in some communities,” McLaughlin told the Post-Dispatch.

People who have never been to jail are 18 to 25 times less likely to commit a crime than those who have previously been behind bars, Pettus-Davis told the St. Louis newspaper.

Imprisonment becomes so common that other social cues or deterrents are rendered useless or no longer exist in some communities, they say.

The researchers do acknowledge, however, that it is also possible that many communities would be dealing with the same issues even if the US was not the leading incarcerating country in the world. Poverty could also be a driving factor, which is why the study authors claim to have done their best to control for factors like financial hardship and isolate the effects of incarceration.

The cost to families is wide-ranging, from adverse health-related effects costing $10.2 billion to decreased property values costing $11 billion, or the increased risk of divorce, which costs $17.7 billion.

The most vulnerable relatives of the incarcerated, their children, pay more than their fair share in social costs. According to the study, they are five times more likely to end up in jail or prison and earn less income and education, a total loss of $166.6 billion.

While the study did not consider any benefits of imprisonment, the study authors told the Post-Dispatch, “there is a point where the marginal cost of incarcerating an additional individual exceeds the marginal benefit.”

“If anything, we believe our study underestimates the true cost of incarceration,” McLaughlin added, alluding to incalculable costs such as negative emotional health.