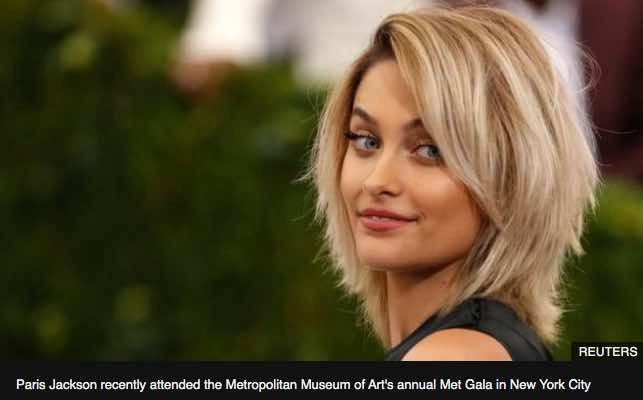 She is absolutely right! Only medieval Judeo-Christians are against it.

Paris Jackson has a message for her 1.4 million followers on Instagram – nudity is natural and “part of what makes us human”.

The model and only daughter of the late pop superstar Michael Jackson had earlier been criticised for posting a photo of herself lying in the sun topless alongside her dog – using a pair of strategically placed beetle emojis to cover her nipples.

That post appears to have later been deleted. But Paris, 19, later posted another picture of herself – this time topless and smoking, in black and white – alongside a long message hitting out at critics.

Nudism “started as a movement for ‘going back to nature’,” she wrote, “and was even called a philosophy”. It helps her connect to the earth and is a “beautiful thing” that does not have to be seen as sexual, she said.

“Feminism is being able to express yourself in your own way, whether it’s being conservative and wearing lots of clothes or showing yourself.”

She continued: “The human body is a beautiful thing and no matter what ‘flaws’ you have, whether it be scars, or extra weight, stretch marks, freckles, whatever, it is beautiful and you should express yourself however you feel comfortable.

“If this makes some of you upset i completely understand and i encourage you to maybe no longer follow me, but i cannot apologize for this in any way. it is who i am and i refuse to shy away and keep my beliefs a secret.”

Paris Jackson has recently been in the spotlight, after having reportedly signed a seven-figure deal to be the face of Calvin Klein. She recently attended the Met Gala in New York as a guest of the brand and will also appear in an upcoming Amazon Studios film alongside David Oyelowo, Amanda Seyfried and Charlize Theron, Deadline reports.

Paris was just 11 when Michael Jackson died on 25 June, 2009. She recently told Rolling Stone magazine she believed her father was murdered.

The singer died from an overdose of the powerful anaesthetic propofol. His doctor Conrad Murray was later found guilty of involuntary manslaughter.

Paris also revealed to Rolling Stone that she had been sexually assaulted by a “complete stranger” as a teenager, and spoke openly about depression and a suicide attempt in 2013.