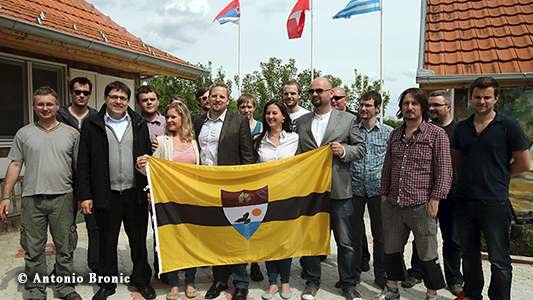 To people who say like that man at the end of the article:  “But realistically, you can’t just go somewhere and say this is my country”.   It’s precisely what Zionist did in Palestine and what the US did in America.

The utopian country of Liberland is facing legal hurdles, mere weeks after being founded: the leader of the aspiring microstate was detained by Croatian border police. Both the Croats and Serbs are unhappy over lingering border issues.

31-year-old Czech Vit Jedlicka was trying to access his newfound country on foot when he was seized by patrols, then transferred to a jail in Beli Manastir, eastern Croatia, according to Croatia’s HRT broadcaster. The same report was run by the so-called Liberland Press Agency, which contacted Fox News.