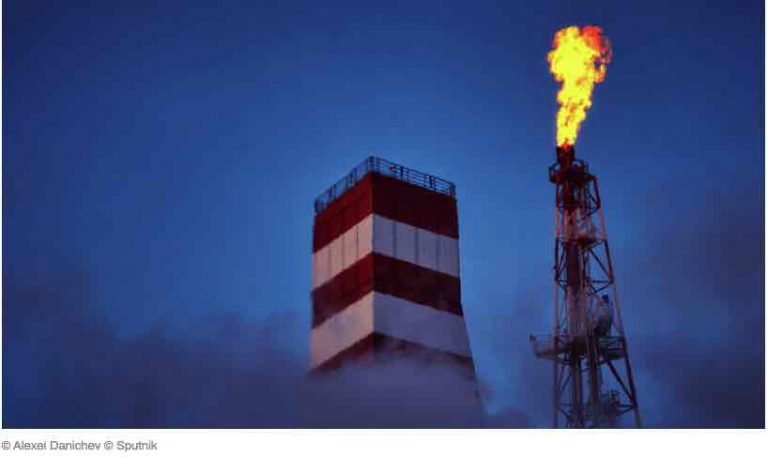 Iraq couldn’t, Libya couldn’t… but China, allied with Russia… they will. And the coward US and NATO, which only attack weak countries, will not dare to attack such a huge alliance. Finally, the paper tiger will crumble down.

The key to the coming petro-yuan lies in Moscow. And, if the Chinese currency eventually succeeds in usurping the long-standing petrodollar, Washington will only have itself to blame.
News that China plans to launch a yuan-denominated oil futures contract by the end of this year has come as a surprise to many analysts. However, Russia experts aren’t startled in the slightest because this move has been coming since Moscow abandoned its quarter-century attempt to integrate with the West, following the 2014 Ukraine crisis. A catastrophe which the Kremlin blames on the United States and the European Union, as part of what it considers to be an attempt to reduce Russian influence in its “near abroad.”

Beijing’s scheme aims to shift trade in “black gold” from petrodollars to a proposed petro-yuan. Which benefits China by making its currency more attractive internationally and providing greater energy security. However, the biggest winners may well be in Moscow. Because any decline in the dollar’s status severely dilutes Washington’s ability to wage economic war against Russia, via sanctions.

As the world’s biggest petroleum producer, Russia is vital to Beijing’s project. And, in turn, as the planet’s largest crude importer and most sizable economy (measured by purchasing power parity), China is the only country with the heft to challenge American financial hegemony.

Of course, Vladimir Putin and Xi Jinping can’t achieve their aims alone. Because if the petro-yuan is to succeed, other leading oil-drilling nations, will need to come on board. And, while Iran, Indonesia, and Venezuela have indicated their interest in the project, the key is tempting the Arab states to trade in yuan. And this essentially means Saudi Arabian cooperation is the big prize.

Plan of Action
Because, after all, the petrodollar was born in Jeddah in 1974, when the US Treasury Secretary William Simon convinced the Saudis that America was the safest place to park their oil revenue. And this cash flow has allowed the US to live beyond its means for decades.

However, in recent years, relations have become frayed, with Washington’s support for its fracking industry crushing petroleum prices and causing severe fiscal pain for the Saudis. Indeed, the primary reason for Riyadh’s developing detente with Russia has been a mutual desire to prevent a further slide in energy earnings. As a result, earlier this month, King Salman made a historic visit to Moscow, where the yuan plan was surely on the agenda.

Informed analysts insist the Saudis will have to come on board: “I believe that yuan pricing of oil is coming and as soon as the Saudis move to accept it — as the Chinese will compel them to do — then the rest of the oil market will move along with them,” Carl Weinberg, chief economist and managing director at High-Frequency Economics, told CNBC.