Red meat & cancer – Again! Will it ever stop? 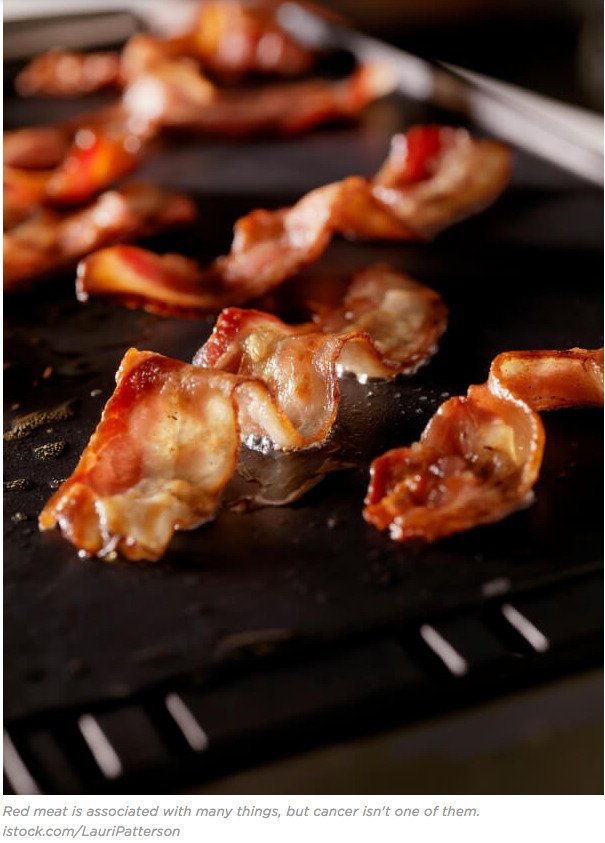 Of course, eating read or cured meat is not dangerous! One more time, Jeanne Calment who died at 122 was eating read meat! And my grandmother who died at 99 was eating both of them: red meat AND cured meat, all her life! Please do not write any comment like “if they didn’t they would have live longer”: I have many fanatic vegetarian friends who died of cancer before the age of 70… Maybe with some meat, they would have live longer…

Well, here we go again. Each year, like clockwork, the conventional medical establishment mounts an attack against red meat.

For decades, we were told not to eat it because of the cholesterol and saturated fat it contains. When that argument became less convincing, a new one was offered: we shouldn’t eat red meat because it increases production of a compound called TMAO, which causes heart attacks.

Now we’re being told not to eat red meat—and especially cured and processed meat—because it will give us cancer. In a recent report, the World Health Organization (WHO) ranked bacon, sausage, and other cured and processed meats as “group 1 carcinogens,” which puts them in the same category as tobacco, asbestos, alcohol, and arsenic. It also placed fresh red meat in the “group 2A” category, which suggests that it is “probably carcinogenic” to humans.

Of course, this isn’t a new argument; it’s been around for at least 40 years. As far back as 1975, scientists speculated that the consumption of animal products was linked to cancer. (1)

How Strong Is the Evidence Linking Red Meat to Cancer?
However, the evidence supporting this claim has never been as strong as its proponents suggest. I have critically reviewed this evidence on several occasions in the past, as have many of my colleagues. Here’s a list of a few articles and podcasts I recommend reading and/or listening to if you’d like to go deep on this topic:

Do High Protein Diets Increase the Risk of Kidney Disease and Cancer?

Will Eating Red Meat Kill You?

I realize that many of you don’t have the time to sift through all of that material, so I’ll do my best to summarize the salient points here.