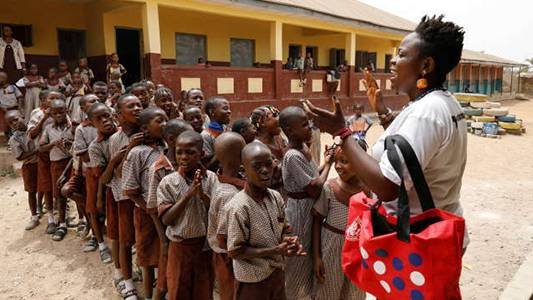 Nigeria intends to promote local languages in primary education, to the detriment of English, which has the status of official language. Although a reform, still uncertain in its application, has been announced, it is already facing many questions in a country where 625 local languages coexist.

On November 30, Nigeria decided on a new national language policy that should make the mother tongue a compulsory language of instruction for primary school students, reports Vanguard Nigeria. The policy, spearheaded by the Minister of Education, was approved by the country’s Federal Executive Council (FEC) at a meeting chaired by President Muhammadu Buhari.

In this country, which is a veritable linguistic mosaic, this reform aims to promote the use of Nigeria’s 625 local languages, according to Al-Jazeera. In fact, the first six years of school will be taught in the mother tongue. “Depending on the student, the language of the local community will be used,” the Minister of Education, Mallam Adamu Adamu, was quoted by the Qatari media as saying.