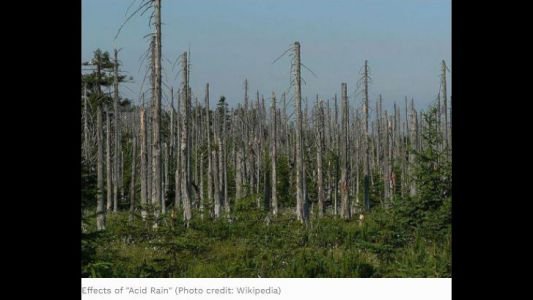 The media and powers have always tried to create fears to control people. Fear of war, invasions, acid rain, Y2K, AIDS, SARS and now COVID-19…  As it turned out, those widespread fears proved to be largely unfounded.

Remember the big “acid rain” scare during the 1970s and 1980s attributing damage to lakes and forests to emissions from Midwestern utilities? If so, did you ever hear the results of a more than half-billion-dollar, 10-year-long national Acid Precipitation Assessment Program study that was initiated in 1980 to research the matter?

As it turned out, those widespread fears proved to be largely unfounded, since only one species of tree at a high elevation suffered any notable effect, and acidity in lakes was traced to natural causes. The investigating scientists reported that they had “turned up no smoking gun; that the problem is far more complicated than it been thought; that other factors combine to harm trees; and that sorting out the cause-and-effect was difficult and in some cases impossible.”

Robert Bruck, a North Carolina State University plant pathologist who worked on the project, observed: “if you’re environmentally oriented, you going to find things to be concerned about; if you’re one who finds no reason to get excited, you’ll find much to support that too.”