Russia won’t be bullied by West 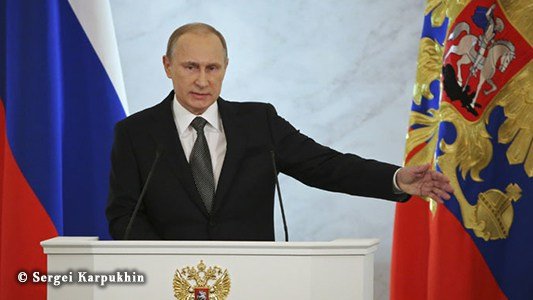 Absolutely true: “It is the West that views itself as the world, and the West is not the World.” Quote selected by me as reported by RT.  Out of 7 billion earth population, the US and NATO powers are a very small minority.

The West was hoping that sanctions and the falling ruble would force Russia to shift its policy, but Putin made it clear during his Federal Assembly address that Russia will continue its course, Mark Sleboda of Moscow State University, told RT.

RT:Some strong words yet again from the Russian president. What kind of reaction can we expect from the West?